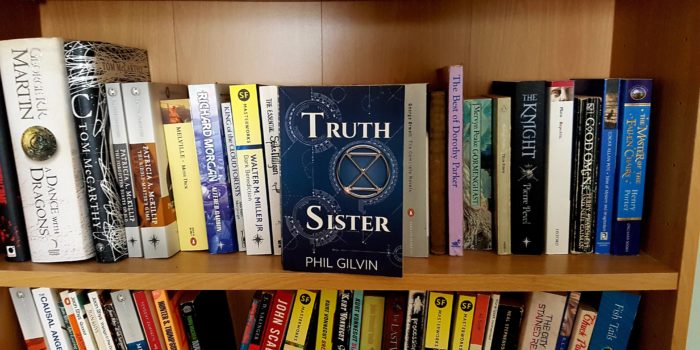 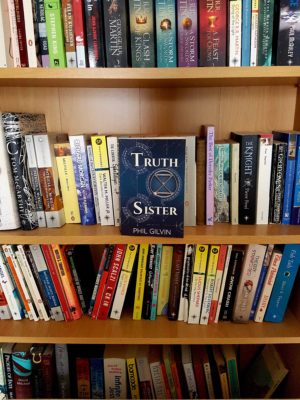 There’s been a succession of interesting female protagonists in science fiction lately, particularly in YA, and I was lucky enough to experience this with Phil Gilvin’s novel Truth Sister.

Truth Sister is set in 2149 in The Women’s Republic of Anglia, a futuristic England wherein women rule and men have no power whatsoever – in fact, they are enslaved. Women seek to wipe out the opposite gender by reproducing only through cloning and by ensuring that Naturals, or naturally born children, are registered and segregated from society.

In the story we’re introduced to sixteen-year-old Clara as she graduates from the Academy. She is hoping to get a first so that she can become a Truth Sister, a figurehead of purity with a role somewhat like a government official. Truth Sisters also help to stamp out Naturals.

Clara has been preparing for this moment her whole life, but just as she is about to find out whether she’s been successful or not, she is confronted with information that puts everything she thought she knew into question. Are Naturals really as bad for the country as she’s been led to believe? Are men really such a disastrous, damaging influence on society? And what does it really mean to be a Truth Sister?

Truth Sister is the kind of novel you can consume within a few days. It’s fast-paced, atmospheric and full of infuriatingly corrupt characters that you will want to see punished from page one. The mesh of progressive science with degenerative morality is a compelling combination that will certainly be a very real issue for future generations, or perhaps even within our lifetime, and I really enjoyed seeing this world through the eyes of someone who essentially already ‘loves Big Brother’.

I did find the exposition to be a bit heavy handed at times and some of the revelations could have been carried out a little more delicately. I also found Clara to be a very difficult character to enjoy at first, but once the story got going her selfishness was replaced with compassion and courage and I really grew to respect her.

If you liked Margaret Atwood’s Handmaid’s Tale, you’ll definitely enjoy this hard-hitting read. For want of a better cliché, Truth Sister is a genuine page turner.

You can get Truth Sister on Kindle and in paperback on Amazon.