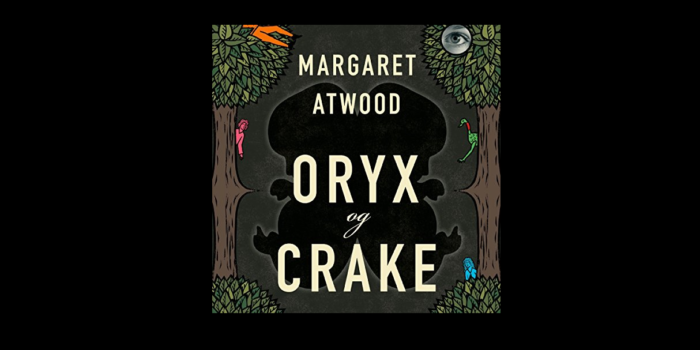 Oryx and Crake by Margaret Atwood

Oryx and Crake has been a must-read of mine for at least ten years. Most lists compiled of the best dystopian novels ever written will feature it, usually in the top five, but I think this caused me to become over-exposed to its reputation and therefore lessened my desire to read it. Of course I’m kicking myself now that I realise I’ve (accidentally on purpose) deprived myself of such an incredible work of fiction for so long, but it’s better late than never I suppose.

The story follows Snowman, a man struggling to survive in a post-apocalyptic world beside human-like creatures called Crakers. The Crakers, although intellectually inferior, have found it much easier to adapt to an environment ravaged of its natural resources. As Snowman battles starvation, dangerous hybrid animals, loneliness and the torments of his past, he revisits the events leading up to the almost complete eradication of mankind. Predominantly a story of the pitfalls of human nature, Atwood creates a prophecy in which hubris is the ultimate destroyer of our species.

For me the best sci-fi focuses not on the science aspect of the plot, but the human response to it. Oryx and Crake is full of possible scientific breakthroughs, advanced technologies and inevitable societal changes, but the focus is always on the characters. It takes a very accomplished writer to restrain themselves from over-explaining the futuristic universe they have created, and Atwood manages to mention her dystopian vision only when it’s relevant to the story. I’m not sure whether I could ever write anything so expertly contained.

Every character is complex, multifaceted and fascinating – a truly enviable ability that very few writers possess. I found them all to be equally likable and flawed, particularly Snowman and Crake, and Atwood’s brutally honest and unrelenting dissection of human nature produces an unsettling and painful read. Although my sympathy for Snowman was definitely waning by the end, I finished Oryx and Crake feeling that this novel is one of the best examples of characterisation done well.

There were some aspects of the novel I felt to have dated badly (the recurring mention of CD-ROMs for instance) but the overarching observations are astute enough to have incurred a sense of panic in me that still hasn’t left days after reading the last page. The finite details are irrelevant in a sense, as Atwood is warning the reader of a trait rather than a particular action.

It doesn’t take a genius to figure out that I was blown away by Oryx and Crake. It reminded me of the importance of sentiment in a novel, no matter how high brow the concept of it may be. After all, the scariest thing in the world is not the machines but the people who make them.

The moral of the story here? Don’t put off the classics.