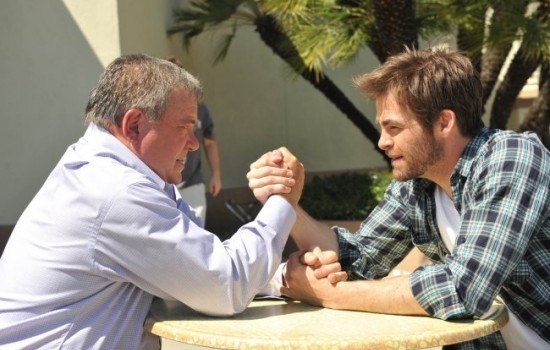 There are obviously many, many ways that the world can be destroyed by man. The initial dystopian scenarios in science fiction novels focused on drastic societal rule, and for the most part concentrated on the idea of fascism, totalitarianism and communism. Due to the Russian Revolution and World War Two it is easy to see why these themes were at the forefront of people’s minds, but we have now moved on from the idea of a dystopia brought about by extreme control via a stern-faced authoritarian. We are now warier of something more subtle and formless, something we cannot hone in on and destroy.

Pushing aside pollution and broken ecosystems due to human carelessness, nowadays human-based dystopian fiction leans towards themes of chaos and anarchy rather than the earlier dystopic ideas of of strict rule and order. We are beginning to feel like we have less control of our lives and now that our politicians and rulers have even less control, thus making zombie outbreaks and sudden contagious human psychosis a very influential basis for a dystopic plot (see The Walking Dead and The Passage). If anything today’s society craves the extreme order and predictability of A Brave New World and Nineteen Eighty-Four because at present our freedoms and opinions have no obvious central point. If we want to envision a grotesque exaggeration of current social problems, disorder is the buzz word of the moment.

This means that there is no obvious beginning or end to a dystopian situation because it is not a single enemy, not like Big Brother or something as tangible as a powerful evil-faced dictator. Because our societal structure seems to be random and pointless and spiralling beyond containment, more and more fiction is parallelling our social progressions with natural disasters. We are including an element of human involvement by naming global warming as the main cause of these environmental changes, but featuring apocalyptic natural disasters is another way of suggesting that we are aware that we have no control over our fate, and we are also extremely frightened of that fact.

Take The Road for example, although the essence of the novel is essentially about human behaviour, the protagonist is essentially a violent natural change that forces the characters to risk everything to go on ‘the road’ and find a better place to inhabit. It shows that no matter what social safeguards are put up, we are slaves to the whims of Mother Nature. There is a huge volume of films and books that add to this idea of helplessness, for instance Twister, 2012 and the Poseidon Adventure. It is basic instinct to see a problem and want to fix it with a single motion, like killing Hitler to end a war, but society is quickly realising that a dystopic way of living wouldn’t necessarily have a single cause but a complex series of causes. It cannot be said that Orwell and Huxley simplified fear and oppression, but a ‘common enemy’ wouldn’t be plausible in modern fiction. As communities are so fractured, it is an alien concept to band together and despise a solitary figure. In other words, we have gone beyond the point of no return.

So although modern dystopic fiction is much more relatable, it must be said that the original fictional concepts were a teensy more comforting. They motioned towards events that should be resisted, whereas now we see films and novels about events that are quite likely to occur. We are not getting a warning anymore, we are merely becoming aware of the inevitable. This genre proves more and more intriguing to me as a reader and as a writer but it also makes me think that maybe we are all doomed if we are no longer comforted by outlandish nonsensical sci-fi.

Because that’s the thing isn’t it, it’s no longer outlandish and nonsensical…it’s reality.