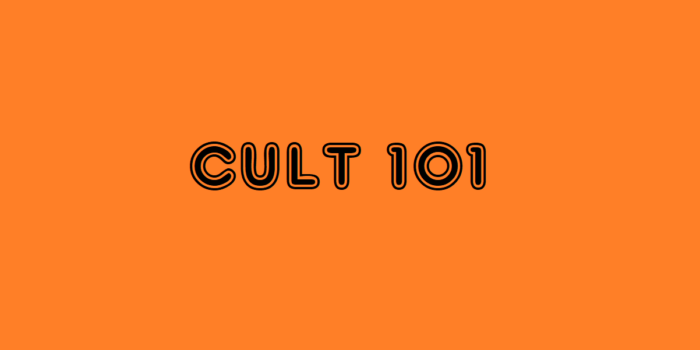 So you’ve decided to start a cult. Whether you’re in it for the power, the money or to create some sort of weird sex harem thing, this is everything you’ll need to your cult off the ground.

The first thing to decide is who will be the leader of your cult. I highly recommend assigning yourself to the role as maintaining control will be more difficult if you choose someone else to be the ‘face’ while you work behind the scenes.

Cult leaders must have a unique mix of qualities to be successful, and these qualities aren’t usually present in normal people. Charisma and interpersonal skills are the first major must-haves; a cult leader must be charming, captivating and enigmatic. You have to be a rock star, commanding attention from absolutely everyone. If your followers don’t want to have sex with you, they should want to be you. Or at least think you’re a genius or otherworldly being.

You will also need to have an exaggerated sense of self-importance and entitlement. You’ll need to feel as though you’re superior to everyone else and be willing to exaggerate your achievements whenever you talk about them (which should be a lot). If you don’t have any notable achievements, make some up. Your fantasies of power and success should bleed into everyday life, and you should be unshakingly adamant about how special and amazing you are.

Because of this, you’ve got to really love and crave attention. Your goal in life should be to be seen, heard and worshipped. If you think you might even be the slightest bit introverted, you may want to make someone else the figurehead. Someone who’s easily manipulated of course, but as I said this is very difficult and risky.

Finally, it’s really important that you have sociopathic tendencies. You must be willing to use and abuse people without caring too much about the consequences, and you need to be arrogant and calculating to ensure you won’t get caught.

Still think starting a cult is for you? If so, read on.

A religion or philosophy

Although it’s all about you, it isn’t just about you. You need something to stand for. What’s your religion or philosophy? What will you help to solve? You can claim to have the answer to something unanswerable, be some sort of educational facility or even claim to be building an army ready to fight some invisible battle. Whatever it is, you need something that is vague enough to not be truly understood, but something promising enough to get people excited to join.

It’s good to have an end goal for your religion or philosophy. Do you want to help your followers reach enlightenment? Become rich? Prepare for the rapture? Rid themselves of a sneaky, spying government? Are aliens coming to pick you all up? Are you the chosen ones? Do you have a mission to save the world? This end goal can change, but it’s good to give this a bit of thought before you start.

Remember, abuse and drug-taking can really help to instil the messages you want your followers to believe in. There is the brunt force method, the room 101 method and good old-fashioned guilt. Even harmless activities such as exercise can do wonders – make your followers do yoga or jumping jacks just before meetings, and the subsequent endorphins will be associated with anything you say. Basically, say the right thing at the right time and you can make Pavlovian dogs out of your followers.

You might have to tailor the method to the audience, so just make sure you do some research beforehand. This is why it’s important to be intrinsically manipulative as a leader.

You’ll need a pool of vulnerable people to start your cult with. You may be able to get normal, fully-functioning members of society to join eventually, but at first you’ll need to build the foundations with people who are actively looking for something, or someone.

There are some societal catalysts that could help you with this, such as religious conflicts, economic, social or political issues, repression or oppression of any kind – when people are distraught, stagnated or frustrated, that’s when you want to strike. Read the newspapers and keep your ears to the ground.

If you’re struggling to make up a religion or philosophy that people want to believe in, find your audience first and tailor it to them instead. Where can you find a lot of people right away, all looking for the same thing at the same time? What need do they have that you can fill? Or at least pretend to fill?

The perfect followers are those with few friends, dysfunctional families and those who are generally desperate. People who are poor, disenfranchised or marginalised are very useful. The people who live on the outskirts of society are prime targets as they’re the most receptive and in need of a domineering yet understanding leader.

When your cult grows, start training people up to become recruiters. This gives them a sense of purpose and makes them feel important, and they’ll probably have a believable sob story to push. “I used to be down and out, I didn’t believe in anything, but then I found [add cult name here]…”

Very important! Always keep your followers at arm’s length, even those who you feel close to or consider to be higher up in the food chain. No one should know everything about you and the cult’s origins unless it’s absolutely necessary. Don’t give anyone the chance to take over, you must always be the keeper of the secrets.

Frank Zappa said, “The only difference between a cult and a religion is how much real estate you own.” It is sometimes difficult to define the differences between a cult and religion as they have many similarities, but on the whole a cult wants to do more harm than good. And to do harm, or to control many people at once, you need to isolate your followers from the rest of the world.

Having a space where you can create your own sense of community and normalcy is the dream. And if you’re doing something a little inhumane or illegal, you’ll want to do it behind closed doors so no outsiders (or authority figures) can find out.

Being closed off from the world also stops your followers from getting help and leaving. Cut off their support networks as soon as you can. Show distrust in the outsiders, and keep an internal sense of purity, stability and control. The cult is safe The cult is familiar. The cult is family. The cult is everything.

Finally, while having influence over your own followers is integral, having some sort of control over outsiders is also important if you want to build a sense of longevity for your cult. It’s also great in case of an unplanned incident.

Having tonnes and tonnes of money makes things a lot easier, but isn’t essential. Political power is probably the most ideal position to be in, whether that’s having dirt on someone important or holding a position of power yourself, but that’s not easy to obtain. I recommend doing your research – know your enemy, know your rights and understand the consequences of your actions. Always be one step ahead, and let the powers that be know that you know they know you know.

Don’t cause too many problems with the wrong people at first – tread carefully, appear harmless, and then if you want to kick your power up a notch make sure you know your stuff. Be smart, think before you speak. but also don’t be afraid to be violent if it sends the right message. Be unpredictable. Be feared.

Good luck with building your cult. Of course, it’s a lot harder these days to get a real decent cult off the ground; compared with the 1970s, people these days tend to be more aware of danger and manipulation, and they can also research and communicate quickly on a platform that is impossible to control.