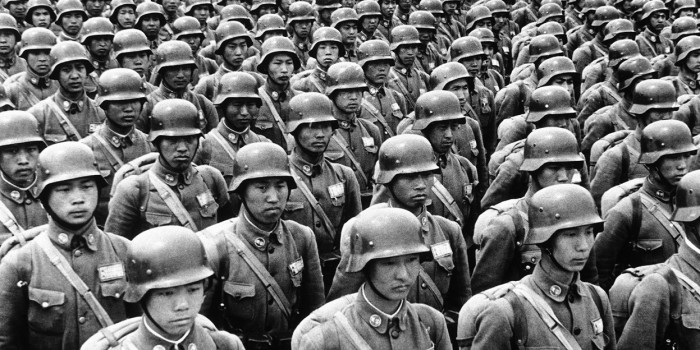 Reading 1984 is a lot like reading about life in Central and Eastern Europe in the 1930’s. Doublethink and government surveillance were facts of life. Two world wars demonstrated the rise of technology as a destructive force. Even as a victor, the view from Britain in the middle of the century was bleak and wind-swept. With the wartime influx of Americans, Britain could be easily seen as Airstrip One, a small cog in a large western enterprise. What is going to happen to society must have been a question on the minds of many Britons. Orwell offered a grim picture of one potential path.

To me what is most powerful about 1984 is that Orwell takes a relatively utopian political philosophy, Socialism, and shows how it could end up twisted and distorted until one person’s dream has evolved into a nightmare that we could all end up waking to every day. Orwell’s dystopia is the person you love most reflected in a mirror that turns his or her very beauty into a disease that disfigures everything he or she touches.

I’m a big fan of Orwell but fairly new to dystopian fiction in general. Most are set in the future, although some historical fiction, especially dealing with Stalinism, also strikes me as dystopian. Those based on the future generally hinge on some trigger event, nuclear holocaust, foreign invasion, or an act of God. The worlds described in these books are very different, even alien, from the one where we currently live. If the writing is good you can imagine yourself there, but it’s missing the cautionary element. There’s nobody (I hope) waiting for a nuclear holocaust who will be surprised by how bad it is when it gets here. The same is true for foreign invasions and most other man-made trigger events. It’s even more true for acts of God. While some of us may think we can control these by talking God out of it, I think most people are, like me, skeptical.

Why does this matter? Maybe it doesn’t to everyone. But in my opinion, the difference transforms 1984 from just fiction into a warning that it’s never a good idea to stop thinking. Any philosophy or system, no matter how well intentioned, can be turned into a monster. Your best protection is to think about things and make your own decisions.

In my own modest way this is what I’ve tried to do with Right of Passage. Like most dystopian fiction, it is the story of a small number of people battling a behemoth with rules they don’t understand. It also describes a world with roots in much of what shows up in today’s news. It’s a world where technology advances while human relations regress. A lunacracy where the government views you as the carbon representation of your file. It isn’t the wasteland left after a nuclear war, it’s the process of civilization slowly strangling itself on its own hypocrisy.

I’m no George Orwell, but hopefully Right of Passage will make a few people think.

Click here to purchase Charles Vella’s dystopian novel Right of Passage (Police State of Anarchy Book 1). Vella is giving this novel away for free on Amazon from 20/02/15 to Monday 23/02/15 so make sure to grab yourself a copy.

Charles Vella has a unique background that prepared him to be a successful author in a wide variety of genres. His experience as a Navy yeoman, Foreign Service Officer, and World Bank economist showed him the inner workings of corporations, government and foreign policy and the sometimes ludicrous turns they can take. As a diplomat in the Middle East during wartime, Charles Vella witnessed the flukes produced by being in the wrong place at the wrong time... or is it the right place? It takes a writer with a keen sense of humor nature to appreciate the subtleties of these situations, and Charles Vella is just that author. He resides with his family in Maryland.