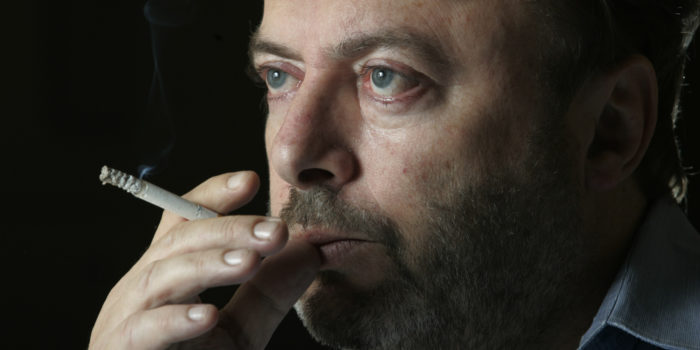 God is Not Great by Christopher Hitchens

Before reviewing God is Not Great I feel I should probably detail my stance on religion.

My family have always been anti-religious. Not aggressively, it was mostly unspoken and I was never taught to despise religious groups as a child, but I’ve always known that my family are fundamentally against them. My parents were married in a church as it was the done thing at the time, but I wasn’t christened and never attended church as a child other than for weddings and school trips. I have never ascribed to the concept of a god or a higher being, and although I’ve dubbed myself agnostic and atheist in the past, I no longer label myself at all when it comes to spirituality. This is because I’m not a member of an organised agnostic/atheist group and don’t follow a set belief system when it comes to spirituality or lack thereof, and I also find organised atheism baffling.

Despite being anti-religious I have always been fascinated by theology and cults, particularly the psychological impact they have on their members. I’m a little obsessed with documentaries on the subject and a little while ago attempted to read Dawkins’the God Delusion – but I found it to be intolerably smug and had to give up on it a quarter of the way through, so I was a little wary of reading what I believed to be Hitchens’ version of a similar book.

I should have known from the many hours I have spent watching Hitchens on YouTube and his documentary on Mother Theresa that God is Not Great would be far superior, complex and much more accomplished. For those of you who don’t know, God is Not Great is essentially a lengthy essay on why religions – all religions – are detrimental for society. The book is straightforward in tone, is backed by considerate, detailed and fascinating facts and has fascinating excerpts from a range of religious texts. Of course it is steeped in Hitchens’ characteristically sardonic, acerbic tone and is in no way subjective, but it’s hard to read the book without thinking that the man makes a lot of sense.

Unfortunately for me, the book has successfully lured me over to the aggressively anti-religious camp. Reading the devastation caused not just by Christianity and Islam but all forms of organised religion has made me realise that blind acceptance and extreme liberalism is even more damaging than the religions themselves.

Of course, I have no problem with the religious per se. What you do in your own home, as long as it doesn’t harm anyone, is your business. But that’s just the problem: religion is harmful. It has always been harmful and is nothing more than a form of control. You only have to read Hitchens’ description of the seven deadly sins (well, there is technically many more than seven…) to appreciate just how contradictory, oppressive and dangerous even the most basic aspects of religion are.

Unlike God Delusion, God is Not Great is not forceful or provocative in its approach. It has a (relatively) balanced argument and has clearly been written in a very considered way that is fully prepared for a backlash. Hitchens had many verbal battles on the subject during his career and his book seems to be an immortal version of his responses.

It may have been preaching to the converted, but this book really has changed my outlook on religion. I will never be aggressively anti-religious or want to be a figurehead for its demise like Hitchens, but I am no longer afraid to say that I am against it in all its forms. I don’t wish to offend, but I feel I invariably will.