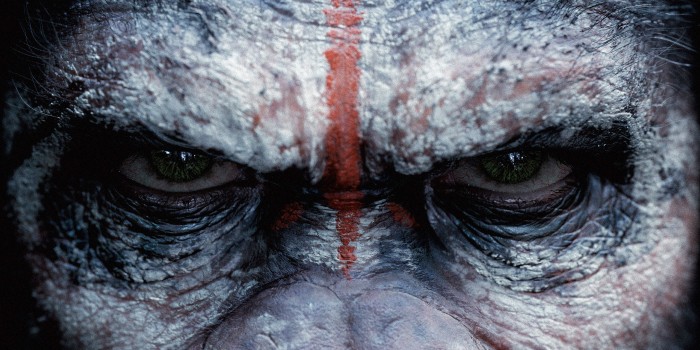 I was expecting a lot for the sequel to Rise of the Planet of the Apes. I felt the first film was very consciously and carefully modernised with a respectful nod or two to the original story, and had a good balance of political and social observations interspersed with exciting action scenes. However, I found the apes to be a bit of a distraction as CGI always tends to be when mingled so closely with reality – you just can’t help but compare the two. As technology has improved since 2011, I hoped that this distraction would be diluted and thus allow for the plot of the second installment to shine through.

And I was right. From the very first shot of the apes you can see the stark difference in the look of the fur, the eyes and the movements. The way the apes talk is ingenious and a seemingly natural progression from the end of the last movie. A few times here and there I was thrown by a strange-looking facial expression but overall it was a fantastic achievement and the film looked stunning. I wish that I wouldn’t get so initially distracted by the technological aspects of the film and could dive straight into the plot, but this is the problem with CGI.

Not that the plot was at all lacking, as the opening scenes jumps straight into the advanced ape community that had culminated and expanded since the humans began dying of the simian flu. There are now more apes than humans but both have reached a similar level in their bids to survive, forming tribes in the cities and surrounding areas to try to adapt to their new positions on earth.

Caesar’s tribe is advancing daily and are establishing their new-found intelligence with relish until, for the first time in two years, humans enter their territory. One human shoots and injures a young ape in fear, causing instant friction. The humans explain that they are trying to travel through the ape’s territory in order to reactivate a power station for their depleting tribe back in the city, but in order to do so they must find a way to form an alliance so that they can get through unharmed. The apes are rightfully distrustful of the humans, and in turn the humans are frightened and struggling to survive. Is peace ever achievable? Can they ever learn to push aside the past and live side by side, or will dominance and power forever be an issue?

As far as blockbuster films go this is an astonishing achievement. Unfortunately the human characters are bland and can only be described as generic molds for archaic American movies, but this can be forgiven for the energy bestowed upon the ape characters. The intricacies of social interaction are beautifully displayed and the art of war and leadership was a completely compelling feature to the plot.

Dawn of the Planet of the Apes is a movie about the little touches. It has a lot of heart, occasionally tarnished by the apparent movie rules that all big cinematic releases have to adhere to, but nevertheless is a must-see.