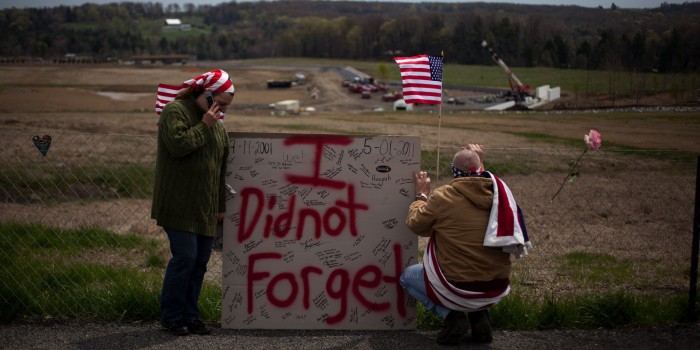 There has been a lot of discussion in the media lately about thanatourism, otherwise known as dark tourism. If you have not heard of it, it involves travelling to locations associated with death, suffering and destruction in order to experience the setting of some form of atrocity.

Hurricane Katrina has been visited by bus tours and thousands have stood at the site of the 9/11 plane crash, but it’s nothing new. How many scores of tourists have visited Auschwitz and other such monuments of war?

The number of those seeking out such places has apparently risen dramatically over recent years, but why travel hundreds of miles to witness a scene of horror?

In Atlas Obscura’s article Dystopia, Death, and the growing popularity of dark tourism, Tina Amirtha describes why someone might seek out dark tourism:

…a person begins to reconcile a paradox when he or she confronts death; death signals both an enduring loss and a finite transition. Dark tourism not only becomes a vehicle for paying respect but also a means for overcoming negative feelings about the dark place. The dark voyage is akin to an emotional negotiation process.

So, much like visiting a graveyard, dark tourism can work to purge oneself of negative feelings associated with a pointlessly tragic event. But what about those that have no associations with the place? What do they get out of going?

I recently blogged about my trip to Berlin. While there I visited many museums and monuments associated with the Nazi era and the divide of East and West Germany. It was a sobering experience saturated with terrifying statistics, images and remnants of a period in history that affected the whole world in some capacity. So why did I go there? What was I getting from learning of the suffering of others?

I suppose it all comes down to a question of morals. Whether you find it fascinating or see it as a box ticked, should dark tourism be allowed to exist?

Dark tourism can be a huge benefit to humanity. We can learn, we can grow and we can encourage others not to accept what those in the past were forced to endure. I believe that some people can take a level of enjoyment out of learning about history while also feeling the weight of a horrendous event.

But what about places of natural disasters? Is it okay to go somewhere that has no benefits to the visitor other than to see something awful?

Although I personally wouldn’t want to go to these places, I can see why people would. It’s a morbid curiosity, like staring at a car crash as you drive past. I don’t think it’s a shocking or surprising addition to western culture, but I do think the idea of respectful behaviour is something that needs to be reinstated as a matter of course.