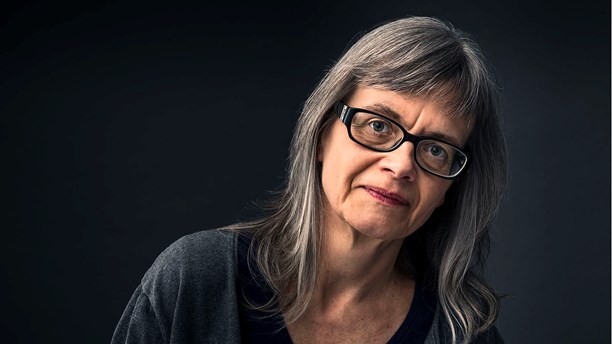 The Unit by Ninni Holmqvist

If you want a novel that is claustrophobic, petrifying, stomach-churning and far too realistic then The Unit is definitely for you.

The novel is set in a world where civilians’ worth is determined by…well, their worth. Valuable members of society are those with important or high-paying jobs, those with children and those who are deemed role models.

Dorrit is not one of those people. She is an unmarried, childless writer who spent the majority of her life experiencing the world and creating respected (but not bestselling) fiction. As a result she is given two choices: kill herself or be taken to the Unit.

The Unit was established by the government as a way of making use of less valuable members of society with enforced organ and blood donations. They are also made to take part in a myriad of psychological and physical experiments to help scientific progression.

The way in which Holmqvist describes the slow formulation of the Unit is uncomfortably comparable to being under Tory rule. With budget cuts and lessening resources comes a need to resort to drastic actions, thus the Unit is permitted to become a part of a democratic western society.

What struck me most about The Unit is the impressive way such a horrific situation is presented with relative normalcy. None of the ‘dispensables’ are panicked or aggressive in any way as their environment has been carefully constructed for this not to occur. Everyone holds a politely concealed, underlying sense of dread and fear, but it rarely surfaces. When it does it is hurried along and brushed under the carpet so as not to upset the others.

I was also blown away by how manipulative Holmqvist’s writing is as I began to actually feel positive about the Unit. All inhabitants are given every luxury imaginable with gyms, cafés, libraries, cinemas and beautiful manmade gardens all within the confines of the facility. No one feels stressed about employment, money or the usual inconveniences of everyday life. I began to imagine myself living there and how wonderful it would be to enjoy such a lifestyle…but of course then I would read descriptions of kidney transplants and ‘final donations’ and was put off immediately.

Although the quality of writing in the novel begins to waver near the end, I believe this is entirely a translation issue as the story itself never relents. It is one of the finest dystopian novels I have read in years and will definitely strike a chord with many readers, particularly regarding the current political climate.

It is a horrific tale wrapped in delicate, unrushed prose. An amazing feat of storytelling that I will undoubtedly mull over for months to come.

One thought on “The Unit Novel Review: Complete and utter schadenfreude”