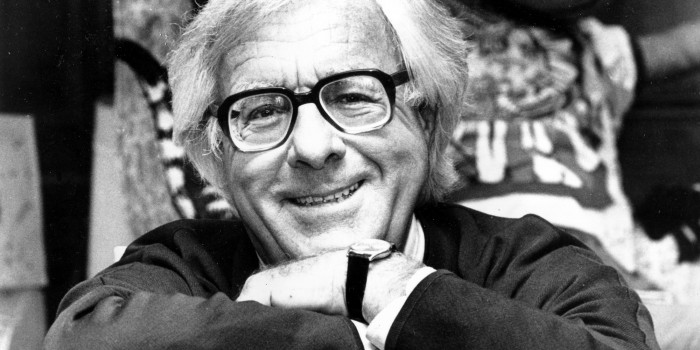 The Last Night of the World by Ray Bradbury

As always, the more Bradbury I read the more disgusted I am with myself as a writer. He’s just too damn good.

It’s a question that has no doubt crossed all of our minds at one point or another. What would you do? Rush to say goodbye to everyone you love, destroy something, make something, have sex, eat a lot of food?

In the story the wife initially seems perplexed but unfazed by the question, until we discover that she, her husband, and seemingly everyone on earth has experienced a collective vision in which the world ends. Everyone intuitively knows that their lives will be over by the end of that evening, yet the couple remain placid at the table drinking their coffee.

The husband and wife are relaxed as they speak about life and death in a matter-of-fact manner. They acknowledge that they weren’t bad people but weren’t particularly good either, just average citizens doing the best that they could.

The couple continue with their usual nighttime routine, putting the children to bed and finishing up chores. Their relationship is incredibly sweet but not particularly special, and it’s this realism of the characters juxtaposed with the inconceivable situation they’re in that skews the peacefulness of the story into a sense of heavy foreboding. The lightness of their demeanor is thickly laden with a hidden grief that is almost unbearable to acknowledge.

And that is why Bradbury was such a genius. He describes two normal people discussing the end of the world, calmly appreciating the fact that they are about to die with minimal embellishment. The characters are composed, the prose functional, yet in between the lines a feeling of immense despair for the death of mankind is projected. Bradbury conveys a dejected acceptance with such subtlety that it almost brought a tear to my eye.

I realise that I have not provided much of a critique for this short story aside from praise and awe, but the beauty of Bradbury was his ability to provide a complex idea in five hundred words that should have taken five thousand. It would feel like a bit of an injustice to waffle on for too much longer, so all I will add is free a link to the short story here and my favourite quote from The Last Night of the World:

“Do you know, I won’t miss anything but you and the girls. I never liked cities or autos or factories or my work or anything except you three. I won’t miss a thing except my family and perhaps the change in the weather and a glass of cool water when the weather’s hot, or the luxury of sleeping. Just little things, really. How can we sit here and talk this way?”