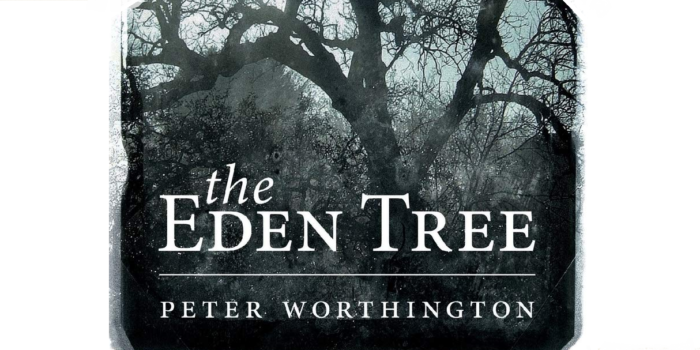 This year I’m participating in 12 Days of Clink Street Christmas, an annual event in which bloggers share interviews, reviews and extracts from upcoming authors at Clink Street Publishing.

Today I have the pleasure of sharing an extract of The Eden Tree, Peter Worthington’s debut novel.

The novel follows John James Morgan, a man who sees his family fall apart after a terminal diagnosis. Still reeling from the news, he meets a flower seller by chance who tells him a story that changes his life. What ensues is a global pursuit of a religious artefact that has remained hidden for over two thousand years – the Eden tree – which may prove to change John’s life forever.

The Eden Tree is a fictional account based on Peter Worthington’s own experiences with his son, John Wesley, who underwent treatment for cancer but sadly passed away shortly after his seventh birthday. The novel has clearly been deeply cathartic for Peter.

Here is Peter’s introduction to the extract:

The meeting between John Morgan and the flower seller is crucial to the story and sets the background to John’s place in the acquisition of the mysterious box. The flower seller and his brother have waited twenty years to find the person spoken of in the ancient scripts. As the conversation unfolds John is mystified over the flower seller’s questions and his interest in John’s hand tattoo.

Without further ado, here is a short snippet from the novel – which you can purchase on Kindle and paperback by clicking here.

The Eden Tree
By Peter Worthington

My mind returned to the market place. I had made little progress through the crowds. I stopped walking, took a breath and thought of my family – my family and its storm-clouded times.
Heedless to my surroundings I had passed stalls and shoppers while I sauntered on through the market and reflected upon my roots and my family.
A voice interrupted my stupor. With a jolt I stopped, daydreams evaporating like soap bubbles in the wind. Buckets of assorted flowers were at my feet; pot plants and tied bunches rested on a wooden trestle table. The scent of sweet pea, lilac, lavender, and roses filled the air. The voice brought me back from my world of thoughts to my present reality.
“Good morning, Sir, shalom,” the stall-holder announced jovially, bowing his head. “What can I give you today?”
I said, “A bunch of red roses…oh, and a cure for cancer… if you have one.”
It was an utterance that had surfaced with no premeditation, leaping out from a deep place in my soul. A verse in the Bible says, “Out of theabundance of the heart, the mouth speaks.” I wanted to reel back in what I had said. I felt the colour rising to my cheeks. My jaw dropped at the visibly shaking foreigner.
Before I could apologise, or the earth open up and swallow me, the foreigner took hold of my right hand. With both of his hands, the stall-holder inspected mine carefully, shaking it repeatedly as if I was a long-lost friend. He stroked his beard, mesmerised.
“I knew you would come one day,” he said. “This is why I’m here. Please come with me.” He spoke with an interesting deep-voiced Yiddish accent.
My mind did somersaults. The stranger with his hand on my back gently ushered me around the side of his market stall towards the cafeteria patio, and bid me to take a seat. The aroma of frying bacon floated towards me with sounds of sizzling sausages. Customers were inside the cafe seated at tables.
‘Am I dreaming?’ I asked myself, combing my fingers through my hair.
The white plastic patio chair creaked when I sat down under the green and white striped awning flapping in the breeze. Nobody else was braving the outdoor climate. The flower seller said something to the cafe owner who minutes later brought toast and coffee. Sitting back in my chair, I looked carefully at the man. ‘Don’t suppose I’d better mention the sausages and bacon,’ I thought.
Taking a deep breath, I tried to relax, sipping my coffee, not allowing my fevered brain to overload with thoughts of intrigue.
The trader seemed genuine enough. ‘But what an oddball,’ I thought. ‘What on earth did he mean about knowing I would come one day?’
“My name is Joseph,” he said, brushing crumbs from his navy-blue business suit. His skullcap tottered amidst his black curly hair. His deep voice and accent fascinated me. “I am from Jaffa in Israel,” he continued.
As I spread marmalade on my toast, the sun caused the gold watch chain on his waistcoat to shine. His crisply starched white shirt –he was also sporting a red bow tie with black spots – contrasted with his olive skin and curly black beard. I liked the twinkle in his eyes. Eccentric maybe, but growing on me.
“And I am John.” We shook hands again. Two customers passed us to enter the cafeteria looking surprised that we were sitting outside. He looked again at my hand.
Joseph drew his chair closer to the table and, glancing left and right, said, “My home and business is in the UK; my older brother remains in Israel. Do you know anything about Jaffa or its history, John?” He smelled of fresh soap and seemed like a man who thought about his words, but today his hands were restless.
Replying honestly, I said, “I know very little about Jaffa, except for Jaffa oranges and some disputes about land, which seems the norm in your part of the world.” I hoped the last phrase didn’t upset him; I still wanted those flowers.
Joseph seemed to be weighing up whether he could trust me. Looking right and left, he scrutinised my right hand again.
‘What is it about my hand?’ I thought. ‘This is getting very weird.’
I was becoming fidgety and about to tell him to forget the bunch of roses, when he cleared his throat.
Turning towards me, his eyes locked on mine, he began his story.