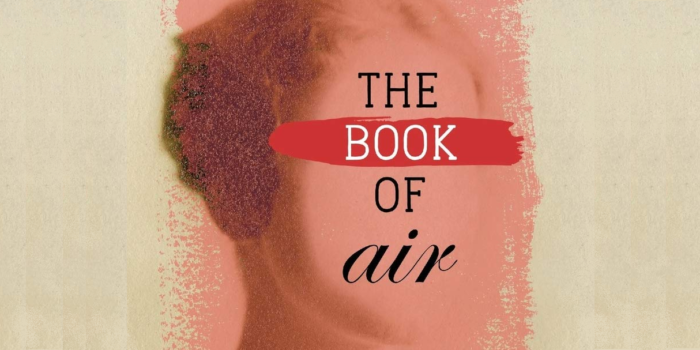 For my second blog post as part of 12 Days of Clink Street Christmas, I’m thrilled to be sharing an extract from Joe Treasure’s The Book of Air.

The Book of Air is comprised of two intertwining stories, one from the perspective of a man named Jason who is running from an airborne virus with a uniquely unsettling symptom, and the other set in the far future in a society that follows Jane Eyre as if it were a religious text, told through the eyes of fifteen-year-old Agnes. It is a novel about survival, the shaping of memory and the enduring impulse to find meaning in a turbulent world.

Here is Joe’s introduction to the extract:

Jason describes the collapse of social order as a deadly contagion sweeps across London, and one particular symptom, a strange burst of artistic energy that people call the blessing, Jason, who is recovering from the condition, addresses these thoughts to his dead wife, Caroline.

Thanks again to Clink Street and Joe Treasure for asking me to be part of this incredible Christmas tradition. You can purchase The Book of Air on Amazon. The Book of Air
By Joe Treasure

Meanwhile the view from our flat over Blackfriars Bridge was transformed from one day to the next like a film fast-forwarding through seasons of change. Like waking up to snow, we saw one morning the bus stops abandoned and the roads clogged with cyclists in surgical masks. Another day it was nothing but ambulances. When the roads emptied and even the cyclists were gone, who knew whether they were at home avoiding contagion, or sick already? But not everyone had caught it, because suddenly they were sitting in cars in furious gridlock responding to rumours of food to be found in the west, or safety in the Scottish Highlands. That’s when the armoured vehicles appeared and the soldiers, to set up their checkpoint on the bridge. And we knew that the vans and trucks they waved through were loaded with the dead. Dogs prowled and congregated, indifferent to traffic lanes and military authority, but not to the marksmen sent to shoot them and to shoot the shoppers who looked too much like looters, until the shoppers who survived were all looters, any system of retail having broken down. And the streets were left to scavengers, and unsupervised children, and people wheeling corpses on supermarket trolleys, and to snarling clusters of survivalists dressed in ill-sorted uniforms and body armour, and to strange eruptions of emptiness and silence – and, distinct from all of these, the sudden gatherings of awestruck onlookers, little pockets of order, as one after another succumbed to the condition’s strangest symptom.
‘The blessing,’ I said, holding your hand at the window when the news first began to break. ‘They’re calling it the blessing.’
‘Yes.’
‘Why this singing, though, this drawing, this construction of strange objects?’
‘I don’t know. Maybe because it’s our deepest instinct – to make meaning.’
‘Even when there is no meaning?’
‘Especially then.’ And I felt the terror in your grip.
And who was I in all this? An onlooker from a high window, a nurse, a reader of Jane Eyre. A scavenger when it became necessary. A looter and barterer. A dodger of military bullets and a street fighter when I couldn’t avoid it. A shit-dumper and a grunting water carrier.
Can it really have been like this, or is it just the way I’ve reconfigured it, stretched out as I am, with my brain’s wiring still scrambled from the sickness? Could I have lived through this and still be sane? Joe Treasure currently lives in South West London with his wife Leni Wildflower. As an English teacher in Wales, he ran an innovative drama programme, before following Leni across the pond to Los Angeles, an experience that inspired his critically acclaimed debut novel The Male Gaze (published by Picador). His second novel Besotted (also published by Picador) also met with rave reviews.