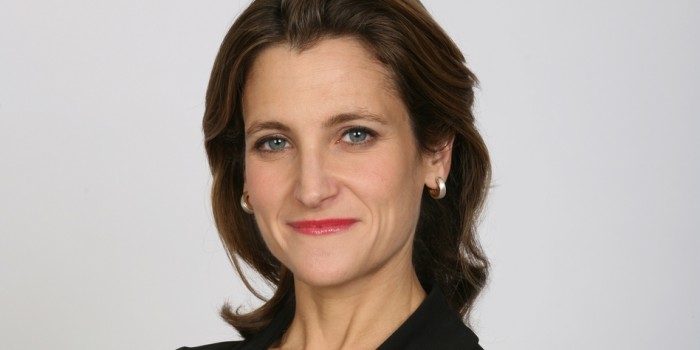 Chrystia Freeland, Canadian journalist and politician, took to the TEDTalks stage in 2013 to discuss the huge disparity between the wealth of the very rich and the very poor, particularly in western societies. I think it has never been a more important time to watch this footage again considering the recent Panama tax scandal.

Freeland begins her talk by stating that in the 1970s 1% of the American population accounted for 10% of the total national income. These days an incredible 0.1% account for 8% of the national income.

If you thought that amount of wealth was impossible to imagine, combining the total wealth of Bill Gates and Warren Buffett equates to 40% of the poorest people in America. That is 120 million people.

Income equality is an uncomfortable topic as, rather than discussing the distribution of wealth, those in power would prefer to focus on ‘making the pie bigger rather than splitting it’, according to Freeland.

But this does need to be discussed. There are many contributing factors to the disparity of wealth in the world: politics, lowered taxes, deregulation, privatisation, lessened legal protection for trade unions, crony capitalism, globalisation, the technology revolution…the list is petrifying and seemingly endless.

In her talk, Freeland focuses primarily on the impact of the globalisation and technological revolution on economy. Technology is improving and becoming more readily available, but Silicone Valley is seeing the pay packet increase for individual entrepreneurs but not spreading elsewhere in the industry. To keep manufacturing cheaper and more efficient jobs are being outsourced to countries with cheaper labour costs, meaning a worsened economy in first world countries and increased horrendous working conditions for third world countries.

Since the late 1990s the increase in productivity has decoupled from increases in wage and employment, meaning that countries are getting richer and more efficient but are employing less people for less money. It is a frightening reality.

At the end of the talk, Freeland describes her dystopian vision of the future: a handful of geniuses governing technological advancement while the rest of the world act as slaves for them.

Basically our Google overlords will enslave us all.

The technological evolution is comparable to the impact of the industrial revolution, which irreparably altered how the entire world was run. This is not necessarily a bad thing, but it does mean things are changing very quickly and we need to consider the outcomes very carefully. The economic situation could easily worsen if we are not mindful of it, and Freeland’s dystopian vision realised.

You can watch this TEDTalks for yourself by clicking here.