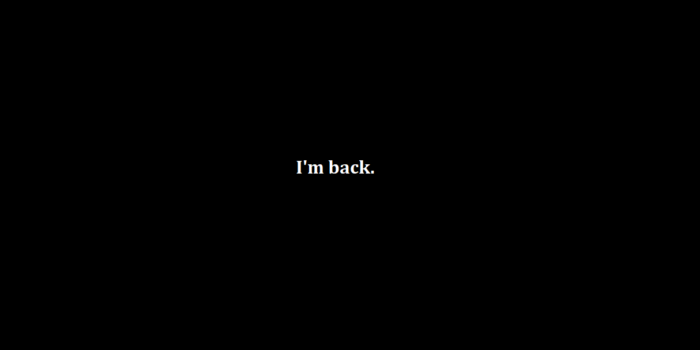 It’s taken me almost three months to get over the hefty fine that was slapped on me for misusing an image on this blog. I did a lot of sulking and soul searching, all while reading an abundance of horror novels and watching countless hours of RuPaul’s Drag Race. Plus I moved home, got civil partnered and started a dog behaviour course (step aside, Cesar Millan). Suffice to say it’s been a very eventful 2021 thus far.

But while it has been eventful, I’m feeling a bit frustrated with myself. What started off as a necessary break from writing outside of my day job quickly turned into an excuse – I wasn’t writing, or thinking about writing, because I was ‘being kind to myself’. I wasn’t challenging myself or starting any new projects because I was ‘focusing on my wellbeing’. I was ignoring emails and any opportunities that came my way because I needed more ‘me time’.

While I definitely needed to be kinder to myself and focus on my wellbeing and have more me time, I was using those same excuses to not eat healthily or exercise. I was basically permitting myself to be lazy with buzzwords. I was coasting, and when I realised I was bored and unhappy I knew it was time to get back to writing. Because surely you can’t be bored and unhappy if you’re looking after yourself?

Long story short, I got the itch to write again. Being a writer is like having herpes – it never truly goes away.

So today I decided to open up my Dystopic inbox for the first time in months. After wading through an obscene amount of junk mail, I found an exciting message from Jeffery Zavadil about his latest novel.

Jeffery has been kind enough to provide Dystopic with excerpts of the first and second novels in his dystopian Mallworld series, and now I’m delighted to be able to share an excerpt from his third novel, Mallworld, Inc: Bound Forward.

In Bound Forward, things are really starting to amp up for the Rebound Party. This series dissects democracy, capitalism, media and class and is a must for lovers of the political intricacies of Nineteen Eighty-Four.

A big thank you to Jeffery for making my return to Dystopic so rewarding. It’s good to be back.