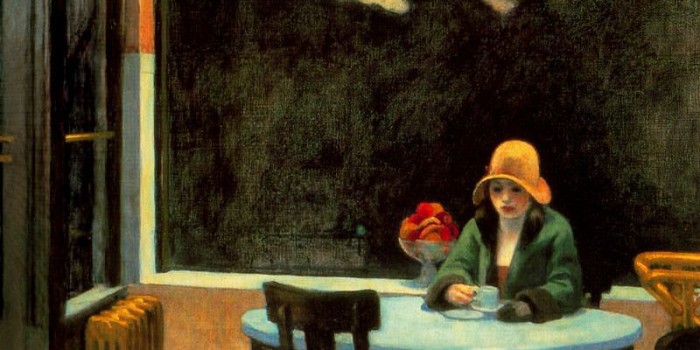 I recently discovered the trailer for Wolfpack, a new documentary coming out this weekend in the UK that presents the lives of seven children in Manhattan who had been forced into isolation for the majority of their lives. They were permitted trips outside by their father only a few times a year during summer, but they can even recall occasions when they were kept inside for over 12 months.

Although uncommon, this form of control is not unheard of. One of the most classic examples of this is Genie, a girl from the USA whose father decided she was mentally retarded at birth. As a result she was bound, isolated and subjected to neglect. She was rescued at the age of 13 but due to her severe isolation she was never able to live a normal life and is looked after in a facility for underdeveloped adults to this day.

Isolation has also proven to be a fascinating theme in fiction. Films such as Dogtooth have demonstrated the horrors of the subject, whereas novels such as The Room and The Collector play on the emotive aspects of it.

Isolation is also a well-known form of punishment and torture. Solitary confinement is often shown in war and prison movies, and even recently in the news the CIA have been reported to have left suspected terrorists in small crates for days on end in order to gain information about al Qaeda. A BBC Radio 4 reporter tried out the torture crate but could only last a mere few hours before asking to be removed.

There have been numerous studies on how isolation warps the mind and how it is a relatively simple way to gain control over a person’s mind. This is great fodder for dystopian fiction and has been used in many novels, but if it is so unhealthy to be disconnected from society why is self-imposed solitude a part of modern culture?

We are undoubtedly causing ourselves damage with our technologically dependent western lifestyles. Children are not playing team sports as much as they used to which is detrimental to their development, mobile phone interaction is seemingly preferred above the real world and the art of debating and good, old-fashioned charisma is fading. Are we really this willing to create our own dystopia in which we can be so easily controlled by our habits and comforts?

I myself am writing a blog silently while not speaking to anyone, trying to block out the people that surround me. If I forced myself to interact with others more, would I benefit from it? Would my intelligence increase? Would my mental heath be improved? Would I be a stronger person from it? Maybe, but in my isolation I am still connected with the world. If I was to give up the internet, my phone and my writing, then I would have nothing.

But what can we do? It seems strange to read so cruelty cases of isolation yet we do it to ourselves. Is it time we recognise that we are our own torturers?

One thought on “Dystopia and Isolation”