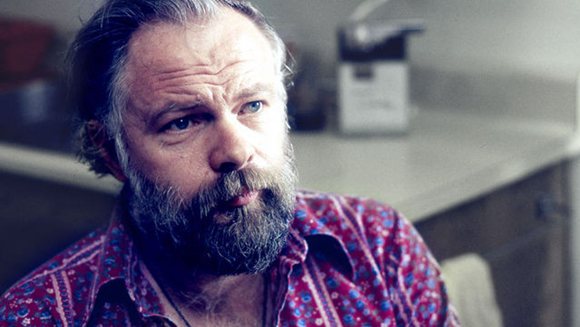 Do Androids Dream of Electric Sheep? by Philip K Dick

It’s the aftermath of World War Terminus and a significant percentage of earth has been destroyed by radioactive weaponry. In order to protect the human race from possible eradication, survivors are given the opportunity to migrate to other locations in the galaxy and begin new colonies with the help of AI slaves, or ‘andys’. Despite this incentive to leave, some decide to stay behind on their dying planet. Many are mentally and physically affected by the radioactivity but most attempt to live their lives as they had pre-war.

As well as threatening the lives of humans the radioactivity has had a drastic effect on the number of animals on earth, making them valuable commodities to the inhabitants of an otherwise barren planet. Because of the rareness of animals and the social pressures to own one, electronic pets are manufactured for those who lack the funds but don’t wish to become an outcast of society.

In the novel we follow Rick Deckard, a man forced to contend with owning an electronic sheep due to his unstable income as an andy bounty hunter. He is only paid once he has killed one of the many androids that flee to earth to escape slavery on neighboring planets, and it is a risky and difficult business. When a colleague is shot trying to find and ‘retire’ six advanced andys, Deckard takes over the mission with only the bounty money in mind. He will be able to afford a real animal with the cash offered, but these advanced andys are highly intelligent, dangerous and know how to blend in well with humans. Will he be able to find all of them and overpower them without getting hurt himself? And if he does manage to find them all, could he really face killing robots that resemble humans so closely?

This novel is a truly original concept and I think it is painfully obvious how difficult I found summarizing this short but dense novel in the three paragraphs above. There is a great deal of political statements, religious theories and philosophies to be found in this iconic piece that I’m sure must have flown straight over my head, and some that I grasped at but couldn’t quite reach. Obviously this is the work of someone with a profound intellectual imagination…who also took a hell of a lot of drugs.

I was excited by the intense fight scenes, the bizarre fictional concepts and was happily dragged away from reality within the first few pages. I was almost ready to declare Do Androids Dream of Electric Sheep? the perfect dystopian novel, but unfortunately I couldn’t escape two horrifying realisations:

I don’t think Philip K Dick is a very good writer. And I don’t think he managed to successfully conclude any of his wonderful ideas.

There are times when the novel is almost unbeatable in its intriguing dissection on western social norms, but it is spoiled with clunky prose and odd bouts of lazy writing. Not only this but characters trail unsatisfactorily off into the distance and profound hallucination sequences manage to evaporate into nothingness. Of course this cannot be said for the entirety of the novel but as it was so inconsistent I felt the great moments were weakened by the not-so-great.

Regardless of its inconsistencies, there is something beautifully intangible about this novel. It is like a dream, you feel you can’t quite touch anything or comprehend what’s going on yet you understand and can feel everything. The novel may have a few glaring flaws, but I’d rather it to be innovative with blemishes that perfect mediocrity.

One thought on “Do Androids Dream of Electric Sheep? Novel Review”