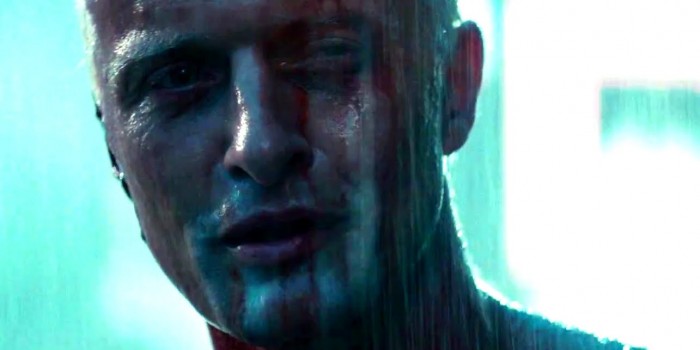 In a dystopian Los Angeles in 2019, genetically engineered beings (replicants) are slaves to the human race. Banned from actually living on earth, the replicants are forced to carry out dangerous, menial tasks off-world. Any who try to return to earth are promptly killed or ‘retired’ by Blade Runners. The film follows Rick Deckard, a former Blade Runner, who is coerced into completing one final assignment that is fraught with danger and questionable moral choices.

The cult classic that is Blade Runner has certainly stood the test of time better than most 80s scifi epics. Visually the film is stunning, with beautiful use of lighting and colour that demonstrates the timelessness of good film making.

The fictional LA cityscape is breathtaking, with a mixture of old and new architecture of varying sizes and influences providing a truly realistic feel. The premonition by the set designers of the prominence of Asian culture in western aesthetics is truly inspiring and certainly made an impressive backdrop to every scene.

As the look of the film is so neo-noir the characters manage to escape looking too 80s. Harrison Ford and Sean Young look particularly stunning, with classic 1950s outfits and gloriously ‘sensible’ hairstyles that would look in place in any era. The mixture of vintage and futuristic is so well-balanced – a restraint rarely seen in scifi.

What really impressed me with Blade Runner was the visual effects. From the grim, gory scenes to the flying cars, the whole film is positively seamless. The modern use of CGI is very ageing to cinema, whereas when props are actually made there is no clunky green screens or unnatural movements to spot. It makes for a much more enjoyable experience.

Although Ford and Young are often commended for their performances, I believe Daryl Hannah and Rutger Hauer completely blew them out of the water. Hauer in particular was cold, menacing and at times downright petrifying, portraying both savagery and high intelligence amazingly well.

Like many other critics have pointed out over the years, I found the pacing to be quite uneven and sometimes a little awkward from scene to scene. Having read Do Androids Dream of Electric Sheep? I was already familiar with many elements of the film, but I found there were some unexplained scenes that some viewers might be confused by.

Although a little messy in places, Blade Runner truly deserves its cult status. The soundtrack and poignant final scene cements how inspired the overall film is and proves it is worlds apart from the dark scifi thrillers of today. Its influence over film culture is undeniable, proving that scifi can be clever and have universal appeal.