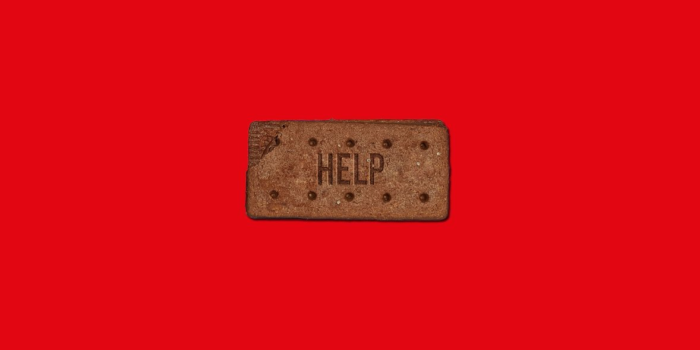 Before and After by Andrew Shanahan

Reading a novel about a pandemic during a pandemic might not seem like the best idea, but I’m a professional misery-seeker. I’ve been training for this moment my whole life.

Fortunately, Andrew Shanahan’s Before and After is a surprisingly warm and uplifting post-apocalyptic story. Yes, it does begin with the majority of the population dying from a horrible, mysterious disease, but it is genuinely moving and funny – even with the occasional bouts of gore and peril.

The novel follows Ben Stone, a super morbidly obese man living alone with his Manchester terrier, Brown. Ben hasn’t left his fourth-floor flat since he was a teenager, and his love of bourbon biscuits and a sedentary, agoraphobic lifestyle has caused a severe case of type 2 diabetes. The disease has worsened to the point that one of his legs needs amputating, but as he weighs 601 pounds (43 stone, or thereabouts), the operation is even riskier than it would be for someone of lesser weight. Not only that, but the logistics of going for the op is not as simple as leaving his flat, journeying to the hospital and being treated – he can’t even get in the lift in his apartment building. For years the doctors have had to come to him, and now the only way to get him to them is by taking off the wall of his flat and lifting him down with a crane.

The novel begins on the day of the move. Embarrassed and frightened, Ben watches as construction workers prepare to get him outside of his flat for the first time in years. He is on the floor, strapped into a harness and ready to go, worrying about the crowd of onlookers outside, when something odd happens – he hears excited chatter, followed by shouts, screams, and loud crashes outside. The construction workers and paramedics around him start to leave, and the ones that remain get aggressive. They’re clearly sick with something, and all the while Ben is trapped in a harness, unable to move. He can’t see what the hell is going on. All he can do is lie there and wait.

Eventually the noises die down, and hours and hours later he is able to free himself. What he sees outside his flat is utter destruction. The world outside is dead or dying. Ben is relatively safe up in his fourth-floor flat, but for how long? There is no food, and water is running out. How will a super morbidly obese man, who can barely walk to the toilet, be able to survive the apocalypse?

I’m afraid I’m going to have to start off this review with a couple of clichés: I simply couldn’t put this book down because it was such an emotional rollercoaster (I really wish there was another way to say it, but my mind draws a blank). The novel goes back and forth in time between each chapter, showing Ben’s world before and after the apocalypse (hence the title). While the after focuses on Ben’s survival, the before focuses on his journey to obesity. It’s a journey of fear, loneliness and self-hatred, and with every page we’re brought closer and closer into Ben’s little bubble, which is both comforting and uncomfortable, safe but deeply, deeply unhealthy.

It’s rare to read such an openly vulnerable character, especially a vulnerable male character, and I found him incredibly relatable. While I have never been a super morbidly obese man trapped inside a flat while the world around me burns (although I’m as close as I ever will be to that situation right now), his approach to survival, his low self-esteem and his confusion at the cruelty of humanity is so understandable and painful to read. Also, his love for his dog and his vegan values are major driving forces for him, which is something I have always considered if the apocalypse were to happen. Because, in times of true desolation, the only thing worth living for is another living thing. This is captured beautifully in Before and After.

Before the apocalypse, the (few) people in Ben’s life are frustrated at his lacklustre approach to his future and his own wellbeing, and I felt that so acutely while reading this – he is a kind, intelligent and wilful character, but also a prisoner in his own heaviness, both metaphorically as well as physically. He has distanced himself from the pain of life, and consequently the pleasure of it as well. The novel shows how relatively easy it is to do this – to become disconnected and disenfranchised from the real world. While the apocalypse aspect of the story was frightening (and all too real right now), it was this disconnection that truly petrified me. I saw myself as Ben, shutting the door on the world once and for all, and if it ever came to that, it would probably take the end of the world for me to open that door once again. People are shitty, as the current pandemic has proven, and do I have enough will in me to fight that? To forgive them, and carry on? I’m not so sure anymore.

Along with a rich and interesting backstory, the ‘after’ portion of the novel was unrelenting. There was tonnes of action, turmoil, and some laugh-out-loud hilariousness to boot. It’s so rare to have wonderful characters, warmth and hope to a science fiction novel sit so well with all the crazy, frightening excitement of an apocalyptic disaster. It was captivating.

So, if you’re looking for a lovable main character, an action-packed story and a load of humour and horror along the way, you should definitely grab a copy of Before and After. Gore, humour, suspense, heart – it has everything, with as many twists and turns as you could hope for.

You can get Before and After on Amazon on Kindle and paperback, and follow Andrew Shanahan on Twitter.