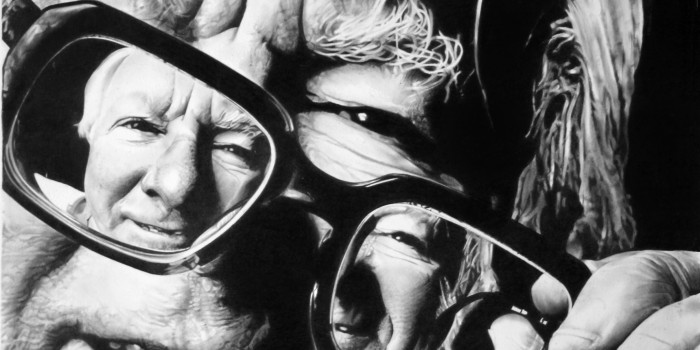 Name: Ray Bradbury
Nationality: American
Born/Died: 1938-2012
Famous for: Farenheit 451 (1953) The Small Assassin (1962) The October Country (1955) The Illustrated Man (1951) The Martian Chronicles (1950)
What makes him a revolutionary: Ray Bradbury was one of the most prolific and imaginative writers of his generation. His almost childlike fascination for fiction was a great inspiration to many and his relentless creativity was an enviable skill that he managed to maintain throughout his life.

Bradbury gained nourishment from classic horror and science fiction from a young age and often tried to emulate his numerous literary heroes when writing. He soon found his own voice, however, and his very first short story was published in a magazine at the young age of eighteen. Thus began Bradbury’s illustrious seven-decade career, for which he wrote twenty-seven novels and over six hundred short stories. A surprisingly large proportion of these are fascinating reads, each one displaying his unique and captivating style.

Bradbury had a talent for writing incredibly economical short stories. Every word and phrase was beautifully selected to get as much story into as short a word count as possible. He could describe a character with a single sentence simply by describing a particular aspect of their appearance, a habit or even with a cleverly used turn of phrase.

His love of science fiction and horror routinely merged and he created some of the most seminal pieces of dystopian fiction ever written. His novel Farenheit 451 is widely regarded as being one of the most ground-breaking dystopian novels of all time next to Nineteen Eighty-Four, and short stories such as The Pedestrian and There Will Come Soft Rains (one of the most beautiful titles I have ever discovered) were exceptional dystopian and post-apocalyptic works.

Bradbury has been reviewed several times on Dystopic and undoubtedly will be again as stylistically he was a perfect short story writer.. His passion for fiction truly came through in his work, which will ensure his bibliography remains relevant for many years to come.