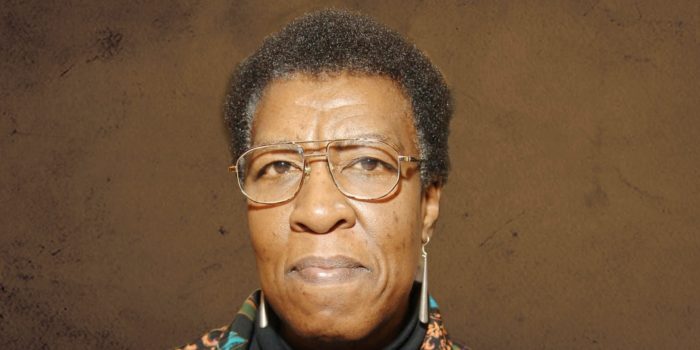 Name: Octavia Estelle Butler
Nationality: American
Born/Died: 1947-2006
Famous for: Kindred (1979) Fledgling (2005) Patternist Series (1976-2007) Bloodchild and Other Stories (1995)
What makes her a revolutionary:  The lack of diversity in science fiction has always been a prevalent issue with the genre, particularly when it was at its most popular in the 1950s, and it is only in recent years that it has branched out onto wider subject matters and featured more minority characters (although there is still a long way to go). It would be an understatement to say that Octavia E. Butler had a part to play in this progression. She was a pioneer and a role model to many, but not just because of her race and gender – it was her determination, progressive thinking and unblinkered view of the world that made her one of the most compelling authors in history.

Butler was born in Pasadena, California. Her father died when she was young and she was brought up by her mother and grandmother in a poor, strict Baptist household.

Pasadena was one of the few communities in America that was racially integrated at the time, meaning Butler was able to experience an environment that was culturally and ethnically diverse despite the racial segregation occurring elsewhere in the country. This did not mean Butler was free from abuse, however, as not only did she experience racism but she was also bullied relentlessly for her shyness, describing herself later as a clear victim to the other children. Her solace was in the local library where she discovered a love for science fiction.

Ignorant of the struggles she would face as a black female writer, Butler worked toward getting published from her high school years. She won a writing competition in university, which would later develop into the novel Kindred, and continued to take writing classes while working part-time to support her ambition.

She rose to fame in the 80s and 90s and won a huge number of awards including two Hugo and two Nebula awards. She was praised for her realism and candid depiction of human flaws, hierarchy, race and gender in her writing. She wrote a number of critically acclaimed essays in which she spoke frequently about the lack of portrayal of ethnicity and class in science fiction.

Butler’s later years were marred by depression and writer’s block. She died at the age of 58, either due to a stroke or head injuries incurred by the stroke.

In 2006 The Octavia E. Butler Memorial Scholarship was established in her memory by the Carl Brandon Society, which aims to increase racial and ethnic diversity in the production of and audience for speculative fiction. The scholarship enables writers of colour to attend the Clarion West Writers Workshop and Clarion Writers’ Workshop, where Butler sold her first stories.