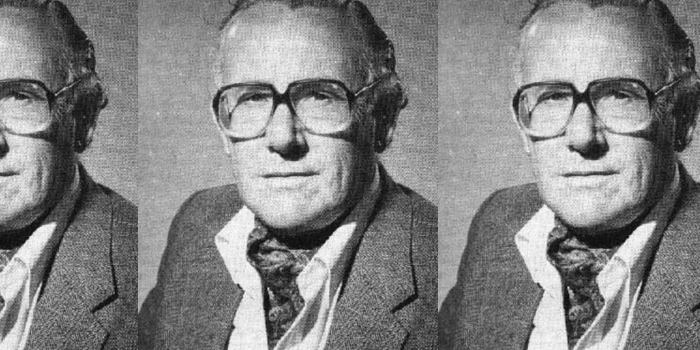 Name: Sam Youd
Nationality: English
Born/Died: 1922-2012
Famous for: The Death of Grass (1956) The Tripods Series (1967) Cloud on Silver (1964)
What makes him a revolutionary: John Christopher, born Sam Youd, in Lancashire, was best known for his YA science fiction and his array of differing pseudonyms under which he wrote a wide range of literature. He was an incredibly prolific and dedicated writer who also published numerous short stories, many of which were collated into anthologies.

Youd’s first major success was with The Death of Grass, a compelling post-apocalyptic novel in which a virus wipes out all forms of grass and causes worldwide famine. Written and published in the 1950s, it was one of the many iconic science fiction novels produced at the time that reflected  post-war struggles.

In regards to dystopian literature, Youd’s most influential works were within The Tripods series. In the books three-legged machines piloted by aliens called Masters have taken over the world, reducing society to a level akin to that of the Middle Ages. In order to successfully control humanity, upon reaching the age of fourteen the Masters implant Caps onto teenagers’ heads to diminish  their imagination so that they remain docile and obedient.

Youd wrote the kind of science fiction we simply don’t see anymore. Scientific accuracy, unnecessary detail and the tedium of reality did not constrain the reaches of his storytelling. With a seemingly endless trove of what-ifs and could-bes, the bibliography of John Christopher is definitely worth your time.