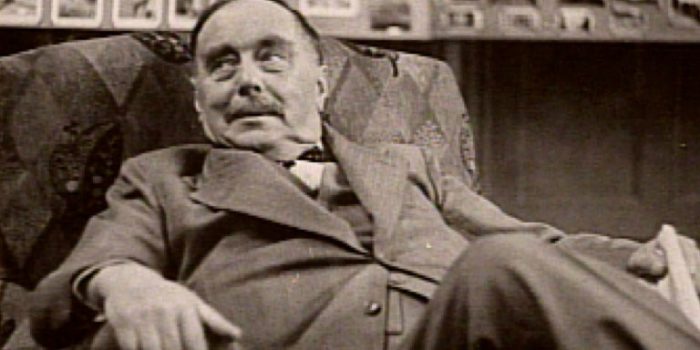 Name: Herbert George Wells
Nationality: English
Born/Died: 1866-1946
Famous for: The Time Machine (1895), The Invisible Man (1897),
The War of the Worlds (1898), The Island of Doctor Moreau (1896)
What makes him a revolutionary: Wells was born into a world that didn’t cater to his natural intellect and thirst for knowledge. His education was below par as he was forcibly removed from school and placed in unsuitable apprenticeships to financially support his family. As a result he was generally uncomfortable and unhappy during his younger years. His frustrations toward his lack of education and his emotional issues caused by his parents’ cold relationship toward one another led to his tumultuous personal life and numerous affairs. However, it also fuelled his extensive and illustrious career.

Wells was incredibly passionate about bettering himself and threw everything he had into self-education. He was devoted to fiction from childhood, which reflects in his vast bibliography. Some critics believe he wrote with quantity in mind rather than quality, but as he created so many unique concepts it is difficult to support this point of view completely.

What made Wells revolutionary was his individualist attitude and incredibly modern view of the world. He was famously outspoken on equal rights for black Americans and was generally against nonsensical conformity and tradition. He was a ‘free thinker’ in regards to politics, religion and sex, and although there are positive and negative connotations associated with the term it did mean he had an open mind and attitude that was perfect for science fiction. There was a darker side to the man as he was anti-Semitic, a supporter of eugenics and later in life described the destruction of humanity in some detail, but radical liberalism is not a stance associated with many of his generation.

Although undoubtedly controversial, Wells and his original approach to literature have stood the test of time. Even those who do not read science fiction will recognise the titles of his novels, which is the ultimate fate for any writer.