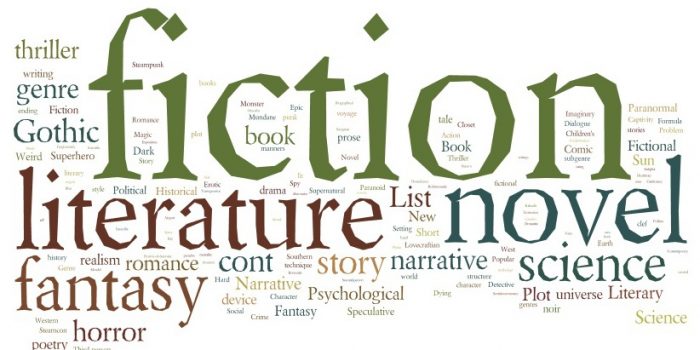 Space Western
This science fiction subgenre is mostly popular in film and television, but there are novels and even songs that feature in this category. It’s pretty much exactly what it says on the tin; overtly masculine, classic wild west stories set in a futuristic space-age setting. Think cowboys with lasers.
Examples:Just a Pilgrim by Garth Ennis (comic) Bill the Galactic Hero by Harry Harrison (novel), Outland (film), Knights of Cydonia by Muse (song). Splatterpunk
Definition: Splatterpunk is a pretty grim genre and was created in the 1980s as a stand against traditional horror fiction. Horror was previously all about describing a creepy atmosphere and building dramatic tension, but Splatterpunk introduced fiction with outright aggression and gore. It details both murderous and sexual violence and was created mainly for sickos and weirdos.
Examples: The Books of Blood by Clive Barker (novel series), The Nightrunners by Joe R Lansdale (novel), Martyrs (film), Tokyo Gore Police (film). Christian Science Fiction
Definition: It sounds like a bit of a contradiction to the religious and like stating the obvious to the atheists, but science fiction based on Christianity is actually a thing, believe it or not. The themes are based on biblical teachings and are usually quite subtle.
Examples: A Star Curiously Singing by Kerry Nietz (novel), The Chronicles of Narnia by CS Lewis (novel series), Time Changer (film), Gone (film). Literary Nonsense
Definition: I adore this genre. Sometimes the only way to show the ridiculousness of the world is to be ridiculous yourself, and fiction of this nature is not only hilarious but incredibly poignant. Literary nonsense isn’t simplistic and unintelligent but witty and deeply affecting, and it is not something that everyone can do well.
Examples: Zippy the Pinhead by Bill Griffith (graphic novels), The Cat in the Hat by Dr Seuss (children’s book), The Complete Nonsense of Edward Lear by Edward Lear (children’s books), The Piper at the Gates of Dawn by Pink Floyd (album).