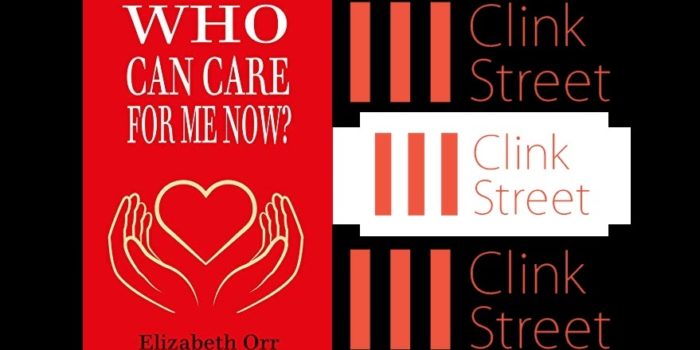 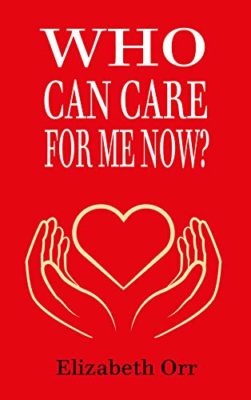 I’m excited to be part of 12 Days of Clink Street Publishing again, an annual festive blog tour featuring some of Clink Street’s top authors. This year I chose to review Who Can Care for Me Now? by Elizabeth Orr, a non-fiction account of Elizabeth’s inconceivably difficult experience looking after her terminally ill older brother, Norman.

Elizabeth began the book by summarising the life her brother led before he became ill. Norman was strong, wilful and, at six foot three and weighing nineteen stone, was a force of nature, both in looks and in personality. He was career driven and built a highly successful business for himself. He was also a lifelong bachelor and chose to live with his parents in his childhood home throughout his adult life. After they died, he remained in the house alone.

Norman was diagnosed with rheumatoid arthritis and, although he appeared to cope well with the illness initially, in his fifties he began to struggle to stand up and sit back down. Gripping objects became an issue, as did feeding himself.

Elizabeth grew concerned when she noticed that, not only could Norman not grip things properly, but he was also having some neurological problems. She would have to remind constantly how the buttons on the TV remote worked, and he was finding it increasingly difficult to cook and clean for himself. It was soon routine for her to visit and help with chores and prepare meals for him.

One afternoon, Elizabeth found Norman collapsed in his bathroom. From that moment on, her life was irrevocably changed.

When the paramedics arrived, it took them over an hour and a half to get Norman to the hospital. They claimed his size was the issue and that they couldn’t get him into the vehicle, but in fact one of the paramedics simply wasn’t able to cope with the fact that he was covered in his own vomit, faeces and urine. This was just the start of a series of frustrations for Elizabeth.

By the time they got to hospital, Norman suffered a blood pressure arrest and was taken to intensive care. What ensued was months of ill treatment, misdiagnoses, inconsistent nursing and unnecessary medical problems, often caused by the medical staff themselves – at one point, Elizabeth describes how a catheter was left inside Norman for four months due to poor communication, causing septicaemia and a stroke.

Elizabeth recounts dozens of situations in which she had to deal with overstretched staff, poor training, lack of resources and a general fobbing off of responsibility. Finally, realising he wasn’t getting the help he needed, Elizabeth took Norman out of the hospital environment to care for him at home until he passed away. She suffered emotionally, physically and financially, all because she was not given sufficient support by professionals.

Who Can Care for Me Now? is such a moving, tragic and important story, and I can’t commend Elizabeth enough for her bravery for writing this book. This sort of situation could happen to anyone at any time, and although we assume that we can trust the professionals when we are at our most vulnerable, budget cuts are making this difficult, nearing impossible. Elizabeth often cited the system to be the main cause of the issues she faced rather than the medical staff themselves, and for this I must again commend her – it takes a strong person not to lash out and criticise the people closest to the situation.

Unfortunately, despite the extremely compelling content, poor editing rendered this book almost unreadable. There was continual word misuse, unbroken paragraphs and jumbled grammar that made it read like notes or a first draft rather than a published book. Elizabeth’s personality shone through in her writing style, as did her pain and honesty, but I had to work really hard to understand what she was trying to convey.

There were also many anecdotes that should have been incredibly impactful but weren’t nearly emphasised enough. For instance, there was a lot of detail on minor inconveniences, but the events that truly shocked me, such as the catheter remaining inside Norman for four months, were only mentioned briefly. I feel this tonal issue did Elizabeth and Norman’s story a great disservice.

I’m devastated that Elizabeth’s story was not justly communicated in this book. I understand she is not a writer by trade, but a good editor was needed to make this as effective as it deserved to be. I would have dubbed this book a bestseller for its content, but it breaks my heart to have to say that it was somewhat weakened by its presentation.

2 thoughts on “Who Can Care for Me Now? by Elizabeth Orr Review”