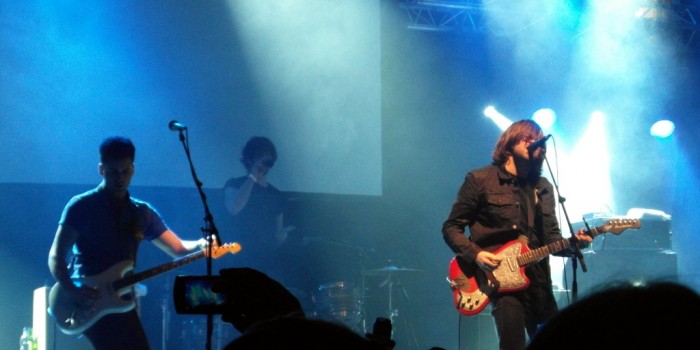 Aside from the couple practically fornicating in front of me during the gig, I was pleasantly surprised by the Vaccines performance. These guys were energetic and a generally well put together band. Justin Young was a stupendous frontman, charismatic and talented, and the audience were majorly into it. And majorly into each other. I can’t stress enough how gross the couple were that stood in front of me, I really can’t. She kept shoving her armpits in his face and smugly grinning at anyone else who got annoyed at their rudeness. When did that become erotic? Am I a bitter old lady now, desperately furious at any public displays of affection? By affection, I do mean displays of sexual intercourse.

Anyway, back to the music. The set list was a really nice balance of the first and second album, demonstrating that both records will be decent and catchy enough to remain popular in years to come. You know who wasn’t and won’t ever become popular? The couple at the gig. The girl was rubbing herself up against her boyfriend and simultaneously bumping an older gentleman in the back while he was trying to enjoy the concert. Then, as a girl politely asked them to move over a little as they were hitting her and obstructing her view, they purposefully and violently humped up against her until she was forced to leave. Who does that? Pricks, that’s who. Nothing angers me more than…

…Ugh, whatever. I’m sure it was a good gig for most people, but all I kept thinking was I hope the couple contract a rare and violent form of genital herpes.