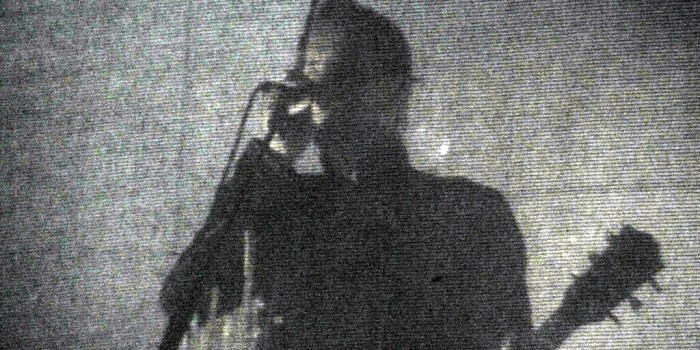 I’ll disregard the hour I spent in line outside the arena and the two hours after that staring at an empty stage waiting for Sigur Rós to begin. My legs ached, my back was sore, I was uncomfortably hot and desperately thirsty, but that wasn’t the band’s fault. It has taken me a long time to accept the fact that Jónsi wasn’t peering from behind the curtain, laughing as all his fans grew weary and aggravated, but he was actually preparing himself for an almost two-hour set while his crew organised  pretty lights and complex instruments. I’m sure they didn’t bank on the crowd’s state of physical exhaustion to contribute to the emotions felt during their powerful performance. I’m sure of that. Sort of.

Enough of the complaints. Sigur Rós is and always has been one of the best modern live bands and it is always a privilege to see them perform. At the beginning of the show there was an opaque curtain across the entirety of the stage where short, artsy films and intricate lighting were projected in front of the band during each song. When the curtain dropped more beautifully shot videos played on a strip of screen at the back of the stage and lights exploded like fireworks across the audience.

There was a slight technical error with the screens at one point and a couple of yobbish whooting that destroyed the sombre, magical atmosphere a few times, but other than that the show was as amazing as I knew it would be. The set list was a satisfactory mixture of all the albums from Von to Valtari and there was a brand new song played at the end of their encore. The new song was an usual blend for Sigur Rós; slightly electronic and almost dubstep in style, but it worked really well with Jónsi’s haunting voice and the audience were clearly excited for their upcoming projects. I don’t think I’m the only one to have been a little disappointed by the blandness of the album released this year, and I think a distinct change in sound will be a refreshing and exciting avenue for them.

I may have felt like I had slept in a washing machine after the gig but the elation of seeing Sigur Rós perform really overtook any physical discomfort. There is no experience quite like seeing a thirty-something Icelandic man go to town on a guitar with a huge bow, it’s strings fraying and dangling off with the enthusiasm of his strumming. The subtle beauty of the light bulbs that littered the stage and the power behind the elaborate lighting effects  was truly astounding.

Sigur Rós was the perfect way to end Iceland Airwaves and my time in Iceland. The concert was like everything I had experienced in that stunning country: pretty and cool, but also extremely weird.