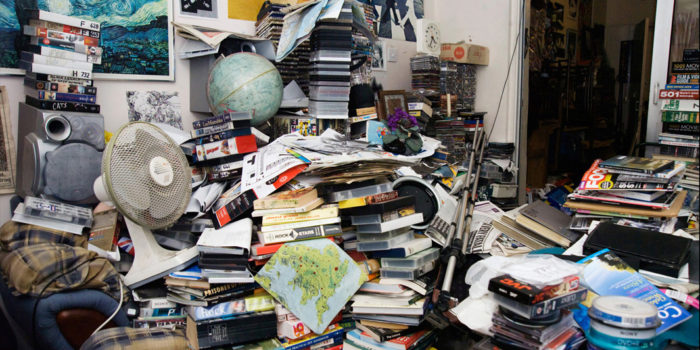 I love Christmas. I love the food, the drink, the movies, the music, the socialising, the decorations, the jumpers and the general overbearing cosiness of it all. I get so hyped up in the months leading up to it that I’d describe myself as beyond irritating. However, there’s one particular aspect of Christmas that I’ve despised ever since my pre-teen years.

It’s a weird thing to admit, but receiving gifts triggers some sort of deep emotional turmoil within me. I don’t know what happened exactly, but ever since the age of about ten or eleven I’ve felt tremendously guilty about owning too much stuff.

Of course it’s not always been this way. When I was very little I wanted the mostest presents in the whole of the earth, and I’ve been told that as a toddler I even chastised one of my grandmothers for not giving me as many presents as the other. What a lovely brat I was.

But that all changed, and I can’t even think of how many Christmas Days were spent in my bedroom trying to work out where my new stuff would go and what old stuff I could get rid of without anyone noticing. I would even start putting stuff in a bag that I’d plan to take to charity shops in the new year just so I could feel more at ease and be able to enjoy the rest of the day.

I was torn. I felt like I was both disrespecting the generosity of family and friends while causing myself anxiety by holding onto things I didn’t feel I should have.

I know what you’re thinking: poor overprivileged white girl, how could she possibly cope with too many presents? That’s just so sad. Let’s take a moment of silence to consider her struggle. But the thing is, I think this sort of realisation can only come from the overprivileged. It’s only by being overprivileged that I was able to see how meaningless excessive consumerism is and appreciate just how much is too much. I also had the ability to do something about it.

When I moved out two and a half years ago the charity shop received a large helping of my belongings. I had the perfect excuse: I was moving into a small flat and would therefore have to be strict with streamlining my possessions. I may have pretended to find it difficult so I didn’t seem like a complete social pariah, but really it was the best thing I’d ever done.

I didn’t stop after I moved out either. Ever since I’ve donated more and more and more. I got rid of all clothes I didn’t like or that didn’t fit, empty notebooks that I knew I’d never fill, pens, bags, shoes and millions of books and DVDs that I wouldn’t reread or rewatch. I started to use Kindle and online streaming much more. On birthdays I asked anyone who wanted to get me a present to donate to a Just Giving page instead so I could carry on feeling stuff-free.

My anxiety was greatly appeased until I watched documentaries on consumerism and environmentalism. Images of landfills plagued me and instigated a hot ball of guilt in my gut as I imagined all the damage I caused the planet every single day, so this year I decided to try and move towards a zero waste lifestyle. I get a local vegetable box delivered, I use refillable Splosh products to clean my flat, I use recyclable Lush products and soap/shampoo/shaving bars and I think my Mooncup is the best purchase I’ve ever made.

Then I watched a documentary about fast fashion. Clothes go on landfills and damage the environment too, so now I buy all my clothes (except underwear) from charity shops. My daily style is now skinny jeans and a baggy man’s T-shirt with movie/book/film reference, art or silly slogan on it. I’m living my fashion dream.

I’m still not completely zero waste and I don’t think it’s really possible to be 100% plastic-free in the modern world, but I feel it’s important to at least try and do whatever you can. In the western world we’ve spent too long mindlessly buying and receiving gifts for each other without any consideration of where the money goes, where the resulting rubbish goes and whether this sort of thing really brings anyone any happiness.

I’m happy to admit it, I believe the changes I initially made were due to anxiety and depression, but the reasons I carried it on are tangible. The reality is we all need to make better changes when it comes to the way we live and what we buy.

If you’d like to find out more about my “anti-stuff” movement, feel free to comment and let me know below. I also highly recommend starting with the following books and documentaries:

2 thoughts on “My Rubbish Journey: A Story of Less Stuff and Less Waste”