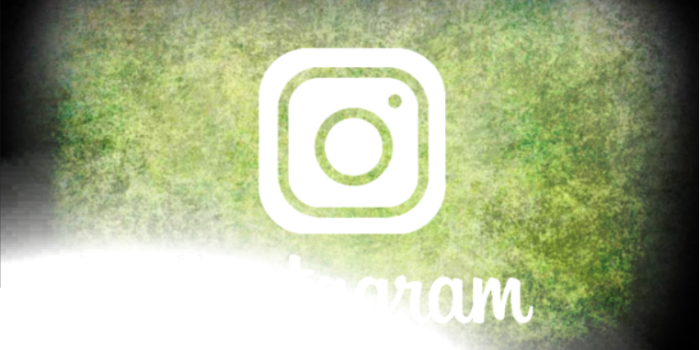 I quit Instagram because I feel it’s pushing us all towards a dystopian reality by making us easier to control.

I should probably explain myself before you all think I’m having a psychotic break.

Firstly, I’ll compare the way dictators control people with the behaviours and features of Instagram:

I’m not saying that Kim Kardashian, Selena Gomez or whoever is classed as Instagram royalty these days could ever become a Kim Jong Un, but this platform is undeniably a successful form of control. It’s influencing the products we buy and the behaviour we exhibit, and is therefore an arguable attack on freedom.

In order to effectively control people and redefine their habits, Instagram makes users more placid. When I had an account, I checked it dozens of times a day. I was addicted to what I’ve since dubbed ‘snapshot voyeurism’ – in seconds I could get an insight into other people’s wardrobes, relationships, homes and private lives without (seemingly) investing anything. I was window-shopping through the lives I wanted, the lives I could never have, as well as the lives I didn’t want at all but still found intriguing.

But this snapshot voyeurism, rather than encouraging me, actually numbed my feelings of motivation. The more I used it, the less driven I felt to go out and actually achieve whatever I saw that I wanted. On some level, experiencing achievements through someone else lessened my determination, so I relied on Instagram to feel fulfilled.

I finally decided to delete my Instagram account when I realised how much it had diminished my sense of self. The looking, wanting and disappointment with reality had created a conflict between the values I had and the values I thought I should have. My priorities were completely out of whack and I was putting pressure on myself to conform. It just took up a lot of time, energy and brain space.

I know what you’re thinking: wow, this gal is paranoid as heck. Crazy too. And you’re right, of course – I know that my self-esteem is simply too frail at the moment to cope with Instagram. A lot of this stems from me rather than the app itself, but how do other people feel when using it? Do they get down about it sometimes?

I decided to speak to a few Instagram users to see what they thought. First, I asked how often they checked it, and on average they said more than ten times a day – which I believe to be quite a high rate. They said it was a relief from boredom, a conversation starter and a bad habit.

I then created a poll on Facebook and Twitter to ask if Instagram was good or bad for the user’s self-esteem. 100% of responses on Twitter said that it was bad, and 91% of people on Facebook agreed. Those who refrained from voting explained why:

‘I think it could go either way. It could be seen as motivational and encouraging if you’re following certain activities, i.e. body building. However, I can see how it can go the complete opposite and make you feel down about your own life and find it hard not to compare yourself. Although I suppose they are the same in terms of both of the views being used as comparisons in some way. It’s all down to perception. I believe it to be bad for a lot of reasons but personally this doesn’t affect me in that way. I can definitely see how it could though.’

‘What I find unusual is I see more positive posts on Instagram then Facebook, most of the people I follow send out positive loving messages of support rather than negativity or attention seeking statuses. I’m not sure why, but I don’t feel the same way i do when scrolling through Insta as I do Facebook. HOWEVER, social media in general can cause high levels of anxiety as everyone is constantly comparing or questioning. I’ve posted things before and people have questioned where I was as they don’t know that I schedule posts or that some people don’t post things IMMEDIATELY. It can make people paranoid, which is a real shame.’

From further discussions with friends after these polls, it seems that a lot of people believe that Instagram is bad for self-esteem – if you have poor self-esteem in the first place, that is. But does that mean if you’re not inherently a Winston Smith, V or Katniss Everdeen you should leave social media? Is it only for the confident and self-assured?

Maybe, but things are slowly starting to change.

Take Facebook, for instance. For a while I only used it for its messenger due to the horrendously negative posts and comments I saw on a daily basis, but now I use it every day… and feel good about it. That’s because I follow a group that has genuinely changed my perspective – not only on social media, but life in general.

I follow AF Gang. What essentially started as a fan club for the punk band IDLES has become a compassionate community of over 6000 people. As well as discussing IDLES and similar(ish) music, we support each other with mental health issues, discuss toxic masculinity, debate politics and share interesting news. A lot of the topics have arisen from IDLES lyrics and ideas that the band as individuals feel impassioned about, but the members are turning this fan page into an ideology that goes beyond that. The mantra for the group is AIL – all is love – and this is the one and only rule of the group. Be nice. Be kind. Respect each other. Say what you want, just don’t be a dick.

Why this corner of the internet has been able to do this and others have not, I don’t know. The AF Gang wants for nothing more than to spread the sheer joy of being nice while discussing interesting issues, and it’s addictive. Being able to rely on niceness on social media is a unique and rare experience that should be protected at all costs, and there are 6000 people trying to do just that.

While social media may be harmful and controlling on the whole, in this day and age there’s simply no escaping it. Like it or not it’s a core form of communication now; it’s just grown up a little too big, a little too fast. But we can change that. We can make it a nicer place if we approach it with unwavering compassion.

So maybe I’ll be back on Instagram one day, but before that happens I need to work out what my intent is for using it – because if I don’t know why I’m spending hours a day on it,  then I already love Big Brother.

One thought on “Is Instagram Making People Easier To Control?”