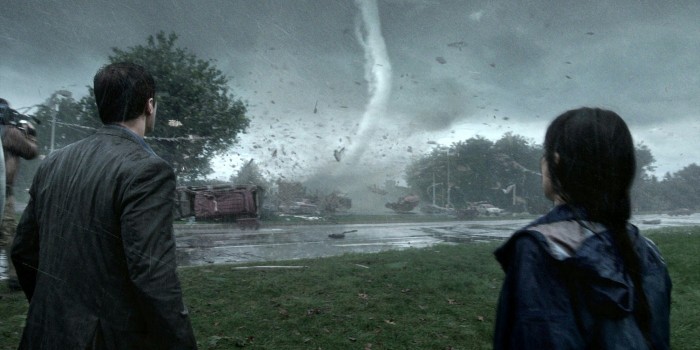 First things first, please see below for the Into the Storm trailer.

Obviously I am very interested in dystopian and apocalypse-themed movies, what with this being a website on dystopian fiction and all, but I didn’t get excited by Into the Storm at all. Here’s why this movie, or maybe just the maker of the trailer, has massively failed to grab my attention:

Yes, it’s supposed to be a throwaway action movie, but come on! It’s lifeless, pointless and so uninspiring. I don’t care if a movie has some cliche characters or a predictable plot or even if it lacks in direction, I just want a novel idea that intrigues me enough to spend an hour and a half of my time at the cinema instead of flicking through Netflix at home. Is anyone actually going to see this?

At least Mockingjay is out in November, and the teaser trailer has an air of confidence and intrigue about it:

One thought on “Into the Storm Trailer: How Not to Sell a Movie”