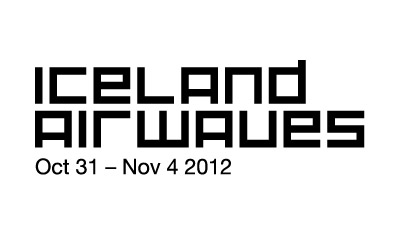 In 1999 in an aeroplane hangar, a joyous event was created. It was named Iceland Airwaves, an occasion that brought people and music together in a convenient festival-esque package. This unique live musical extravaganza (too much?) celebrated Icelandic and international music alike, bringing together the known and the not quite so known bands of the time. Every year since then, Airwaves has demonstrated that the talented and the famous do not necessarily drink from the same trough, and that a modern music concert does not have to be held in a field in order to be memorable.

This year from 31st October to 4th November, a marvellous array of pop, rock, hip hop and other such genres will be entertaining the lovely folks of Reykjavík. And I shall be there with my mate Louise, our faces aglow with the unflattering sheen of a typically confused and lost tourist.

So, overtly hyped introduction finished with, here are my top ten bands playing at Iceland Airwaves 2012. Please note: Sigur Rós will not be featured in this list due to the fact that everyone already knows how amazing they are, most recent album notwithstanding.

10. Boy
Two ladies clapping along to a catchy song, what more can be said? Although one of them seems to be doing more than the other in the video below, I am sure the dark-haired girl isn’t actually lazy and will step up to the plate when they play in October/November. I would describe them as ‘indie pop’ and I can imagine they will be wearing some very chic dresses during their performance.

9. Tilbury
Tilbury is played a fair amount on Icelandic radio and it’s easy to see why. They’re very chilled and pleasant sounding and I can imagine myself having an early evening walk while listening to them – not that I often go for early evening walks, but Tilbury inspire me to do such crazy things.

8. Úlfur Úlfur
I have listened to the song below about a thousand times since I first discovered it, it’s so damn catchy. I’m not one to usually love this sort of ‘choon’, but there’s something delightful about it being in Icelandic rather than in English. I believe I shall be drunk in the audience to Úlfur Úlfur because I don’t think I’ll try and rap along when sober, which is a shame.

7.  1860
A jolly little band is 1860, not unlike Beirut I think. To me, 1860 is the comforting cup of tea of the music world, something which is nice to sit down with on a rainy evening doing a crossword. I feel my street cred ebbing away.

6.  Me and My Drummer
I will admit that I don’t know a lot about this band, but I like what I have heard thus far. Me and My Drummer are atmospheric and have a slight ’80s feel to them – or is it just me? A teensy bit Kate Bush? Anyway, I feel a lot of swaying is going to take place. I like swaying.
5. Of Monsters and Men
Of Monsters and Men have become quite big in the UK recently and I did think from the moment I heard their album that they would be a commercial success. Light, simplistic (not in a bad way) and addictive music.

4. Gabríel
I defy anyone not to love this song. I have no more to add.

3. Exitmusic
I am ashamed to say that I have often used Exitmusic as a soundtrack to my hangovers and miserable, rainy weekdays. I think it’s because even though they are sombre, melancholy and sometimes painfully sad to listen to, Exitmusic songs always have an element of beauty and upliftingness to them. I don’t care that upliftingness isn’t a word.

2. Daughter
“Regina Spektor? No, shame on you for thinking that!” That’s my brain after hearing Daughter for the first time in case you were a little lost. I find Regina Spektor hard to stomach sometimes, even if she is musically talented, and although Daughter has a singer with a similar-sounding voice, their songs are of a completely different calibre. Easy-listening for sure, but distinct and memorable.

1. Phantogram
And finally, Phantogram. I have downloaded as many of their songs as I could find after hearing ‘When I’m Small’ and have loved every single one. They are cool, really cool, and if you imagine them playing while entering a room full of strangers, you will probably become really amazing and gets lots of friends.