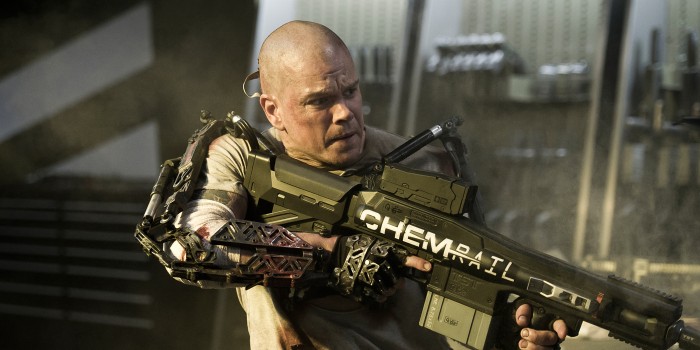 A new trailer for Elysium has been released.

Ahem. Released in September this year, this sci fi epic looks incredible and there is already a lot of excitement growing about it. Here’s hoping this big budget anti-utopian movie is as ballsy as it looks.