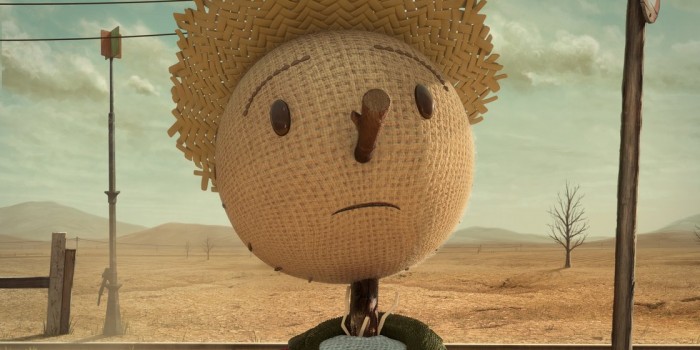 The scarecrow, disillusioned by his line of work within the processed food industry, decides to embark on his own business venture creating meals with fresh and natural produce to help ease his conscience. It sounds great and informative, doesn’t it? A lovely message about a really important problem presented in a Pixar manner (which is arguably the best way to put forth such subject matters). It certainly would be a beautiful and effective idea that would inspire so many people to eat ethically….if Chipotle were not as bad as the likes of McDonalds.

Although Chipotle “attempts” to be au naturel and oh so very healthy, it doesn’t quite deliver – only a percentage of the meat and vegetables used are actually free of chemicals and ethically sound, and a typical burrito holds over a thousand calories. Not only this but up until last year the company did not even pay their immigrant farm workers minimum wage. If you didn’t know their mission statement is ‘food with integrity’….

Americans are simply suckers for a good story; take for instance the recent news story about a homeless man returning a bag of money that he found to the police. So many simpering fools jumped on the pity wagon that the bloke ended up with more money through donations than had been in the bag in the first place. But what about the overall problem with homelessness in the USA? What about the thousands of others without food or shelter that would be forced to dishonestly keep that money in order to survive?

It’s not enough to commend a company just for showing that it’s trying. It’s also not enough to throw a little bit of money at the gore-free aspect of a problem seen through the eyes of Hollywood.

I really can’t stand this idea of moral delusion. Why can a company not say: “Well, we still [insert immoral practice here] because of [insert logical issues here] but we do other things that benefit the world. Anyway, McDonalds is way worse than us.” How refreshing it would be to receive pure honesty for once, although it would be difficult to face the brunt of what has been hidden from us for so long.

To actually make an ethics-based difference in this world you would first have to wade through the lies and the loopholes and the fancy emotive animations before you could even get the minutest sense of the problem in hand. With so much deception already hanging over us, will we as a species ever manage to balance out the damage we cause? Or will we have to continue to shield ourselves from the truth?