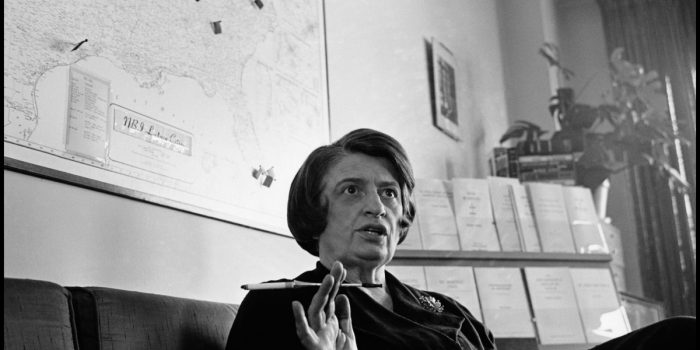 Name: Alisa Zinov’yevna Rosenbaum (Ayn Rand)Nationality: Russian (American citizen)Born/Died: 1905-1982Famous for: The Fountainhead (1943), Atlas Shrugged (1957),
Anthem (1938), Introduction to Objectivist Epistemology (1979)What makes her a revolutionary: Ayn Rand was Russian, Jewish, well-educated and had a penchant for politics, meaning it was almost impossible for her to become anything other than one of the most interesting authors in history. She lived a privileged life until the Bolsheviks came into power, at which point she and her family moved to the Crimean Peninsula until she finished her highschool education. Once graduated she returned to her homeland and experienced true poverty and hardship, but was permitted to enroll in university to study the philosophers that were significant influences on her literature in later years.

Rand visited family in America at the age of twenty and fell in love with the country. After struggling for work there she eventually grew successful for her profound dystopian fiction, most notably The Fountainhead and Atlas Shrugged. She also developed the Objectivist Movement which encouraged self-awareness and the power of the individual. Rand expressed the need to become conscious of our respective roles in society and believed we should always aim to better ourselves, selfishly fulfilling our own dreams and desires without negatively impacting the lives of others. In doing so we would be a happier, satisfied and more peaceful species.

Despite a messy personal life and some controversial opinions (particularly with colonialism and some of her views on homosexuality) Rand is a revolutionary writer because she was determined to throw solutions at problems rather than simply illustrating humanity’s flaws for fictional gain. She saw the importance in education and liberation, a sentiment that will never become irrelevant.